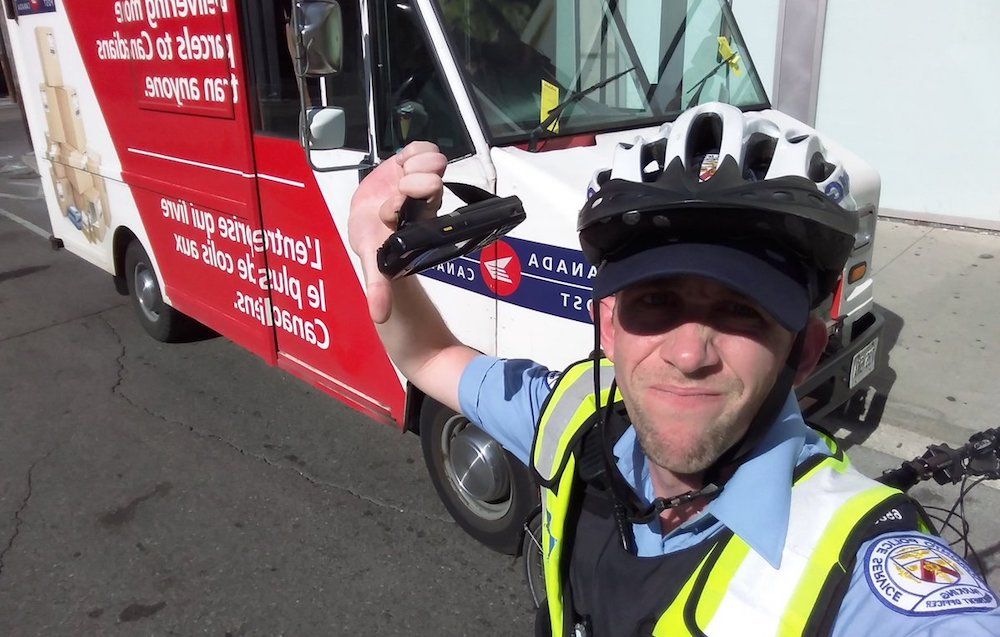 Over the past few weeks, Canada Post drivers have been called out on social media for parking in bike lanes around Toronto.

.@canadaposthelps so you helped for a day? This is not acceptable. By any fashion. I guess my letter was lost in the mail? #BikeTO @dmrider pic.twitter.com/0d4qjKCIux

.@canadaposthelps the other day I was called a jerk. Today… This driver … Used more colorful language. Calling me f’ing idiot. #BikeTO pic.twitter.com/ZbkqVCAEq0

With thousands of social media followers, Ashley’s call out began to attract others who also shared photos of Canada Post vehicles in bike lanes. And because they were tagged in each of the public posts, Canada Post has decided to change their ways.

“Canada Post understands the concerns raised regarding safety and bike lanes in Toronto,” they said in a statement. “As a result, we are instructing our employees to not park in bike lanes in the City of Toronto.”

For pickups or deliveries, Canada Post said that their drivers are expected to find a safe location to park their vehicle.

“If a safe parking location is not available, our employees are expected to avoid the stop, continue on their route and return any undelivered items to the depot. Any problem areas are to be reported to their Supervisor so that a safety assessment can be immediately conducted to find the best alternative to serve the affected areas,” they said.

Additionally, Canada Post said it will work with the City of Toronto to find long-term solutions to address this issue.

And Ashley’s work has been recognized by Mayor John Tory in the past. Following Canada Post’s statement, Tory thanked the organization for “listening to the concerns raised about blocking bike lanes in Toronto.”

Shout out to Kyle Ashley of @TorontoPolice for his great work stopping people from parking in city’s bike lanes. @TPS_ParkingPal

“I have made no secret of my desire to get Toronto moving. Traffic – bikes, transit vehicles, delivery trucks and cars – can’t move if lanes are blocked,” said Tory. “When I took office, Canada Post was one of the first organizations to demonstrate its commitment to help keep this city moving. By adjusting deliveries and drop-off locations, Canada Post showed the impact that an effective partnership can make when it comes to fighting congestion. Once again today, Canada Post has shown it is prepared to do the right thing.”

Tory said this decision will help make the commute safer for cyclists, and that the City will continue working with Canada Post to address delivery issues in Toronto.

And for now, Ashley continues to make sure the bike lanes clear around the city. Just like other vehicles, if a Canada Post car is parked in a bike lane, Ashley issues a $150 ticket and they can also be towed.

.@canadaposthelps and @canadapostcorp … Bay St. Within a few hundred metre of one another. One did well. One did not. #BikeTO – #Toronto pic.twitter.com/dbnmgoAo0D