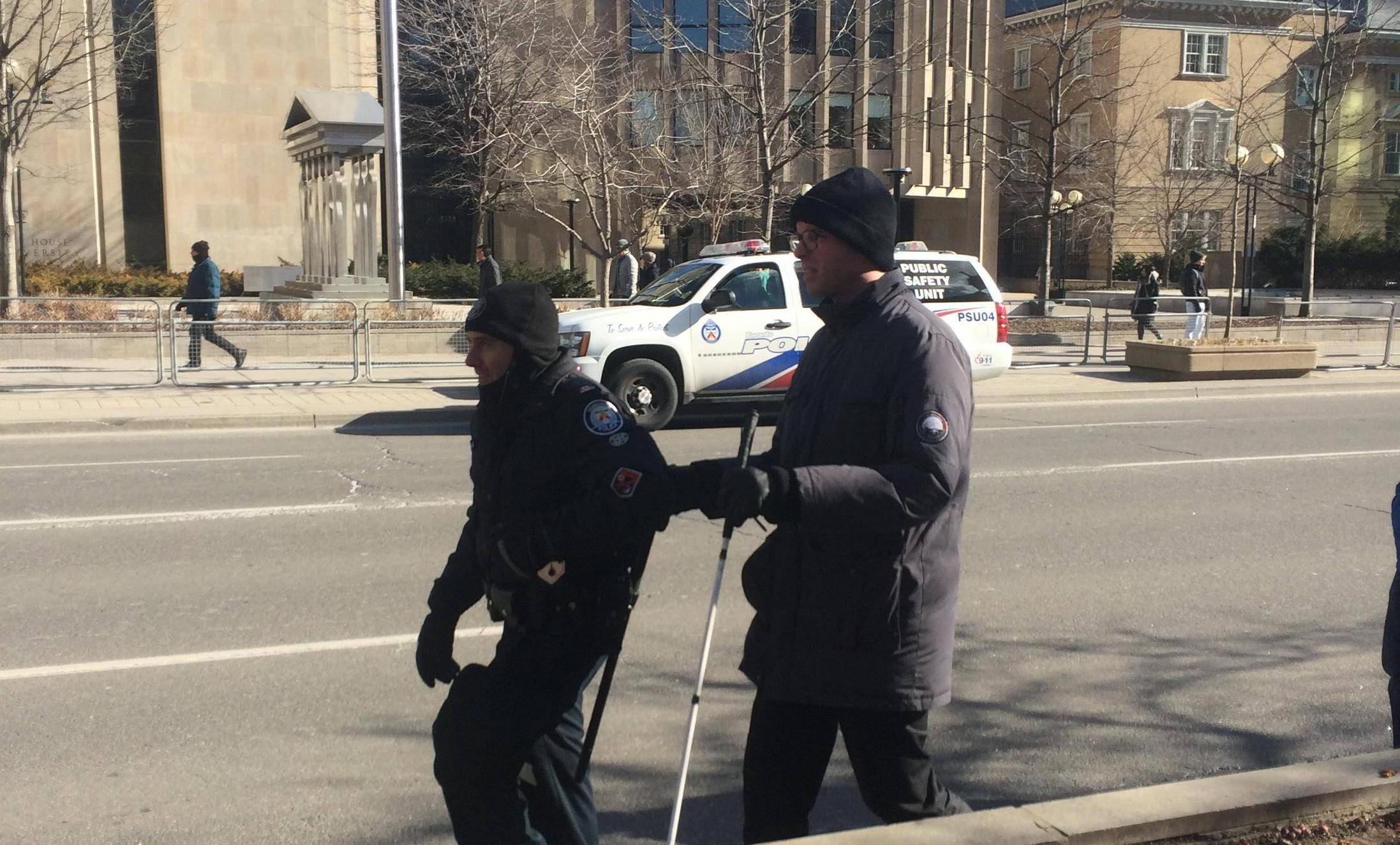 The morning of January 30 saw hundreds of Torontonians descend onto University Avenue in a planned demonstration outside the U.S Consulate office.

The event shut down streets in the downtown core, as many marched from City Hall to the Consulate office.

No hate no fear refugees are welcome here #MuslimBanTo pic.twitter.com/1ZQnxsVwog

And in the midst of it all, a Reddit user captured a moment of kindness that reminds us what Toronto is all about.

“Just something that I thought was nice to see,” wrote the user, posting a photo of a Toronto police officer assisting a legally blind man walk to the demonstration location. The user added that there were Tim Horton’s coffee jugs that were brought to those standing at the demonstration. 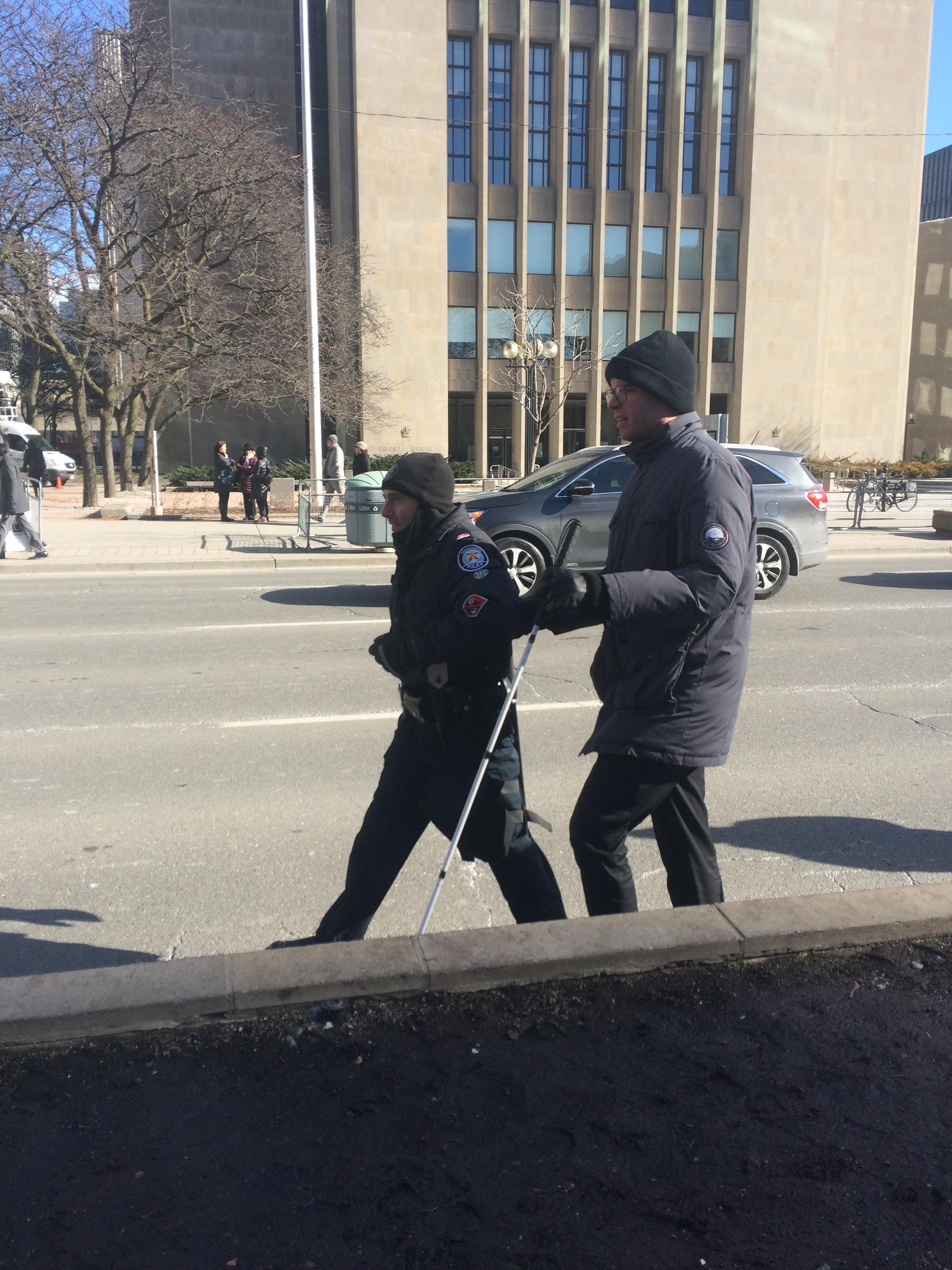 Kindness for the win.