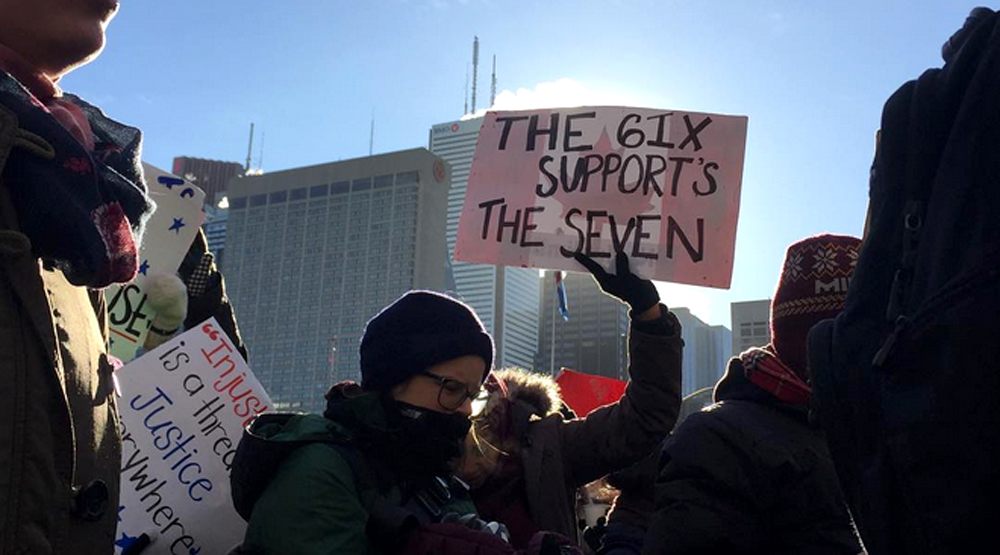 Monday morning’s planned demonstration at the doorstep of U.S Consulate General’s office in Toronto hasn’t even dispersed yet, and already there is another protest planned for this Saturday.

On Facebook, the event National Days of Action against Islamophobia and White Supremacy already has attracted 5,500 interested attendees and makes a call to action for demonstrations happening in cities Canada-wide.

The war waged against Muslims and refugees worldwide has reached its boiling point with Trump’s Presidency. These xenophobic anti-Black, Islamophobic, anti-refugee racist and sexist policies are going in effect. Walls and Muslim bans and Refugee bans on stolen Indigenous lands.

Somalia, Sudan, Syria, Iraq, Iran, Libya and Yemen. The geographies of our birth place that put targets on our heads. Families separated, refugees, asylum seekers and immigrants deported and detained, trapped in between borders or taken back – our communities are being terrorized by white supremacist violence and domination. Our movement is controlled and dictated by racist white nationalism, our lives are devastated in constant fear. We flee war, persecution, mass poverty in search for life – instead we get a fatal sentence for our faith.

Unlike today’s protest condemning the Muslim Ban enacted by US President Trump, this demonstration has some very specific demands for the Canadian government which are as follows,

National Days of Action against Islamophobia and White Supremacy