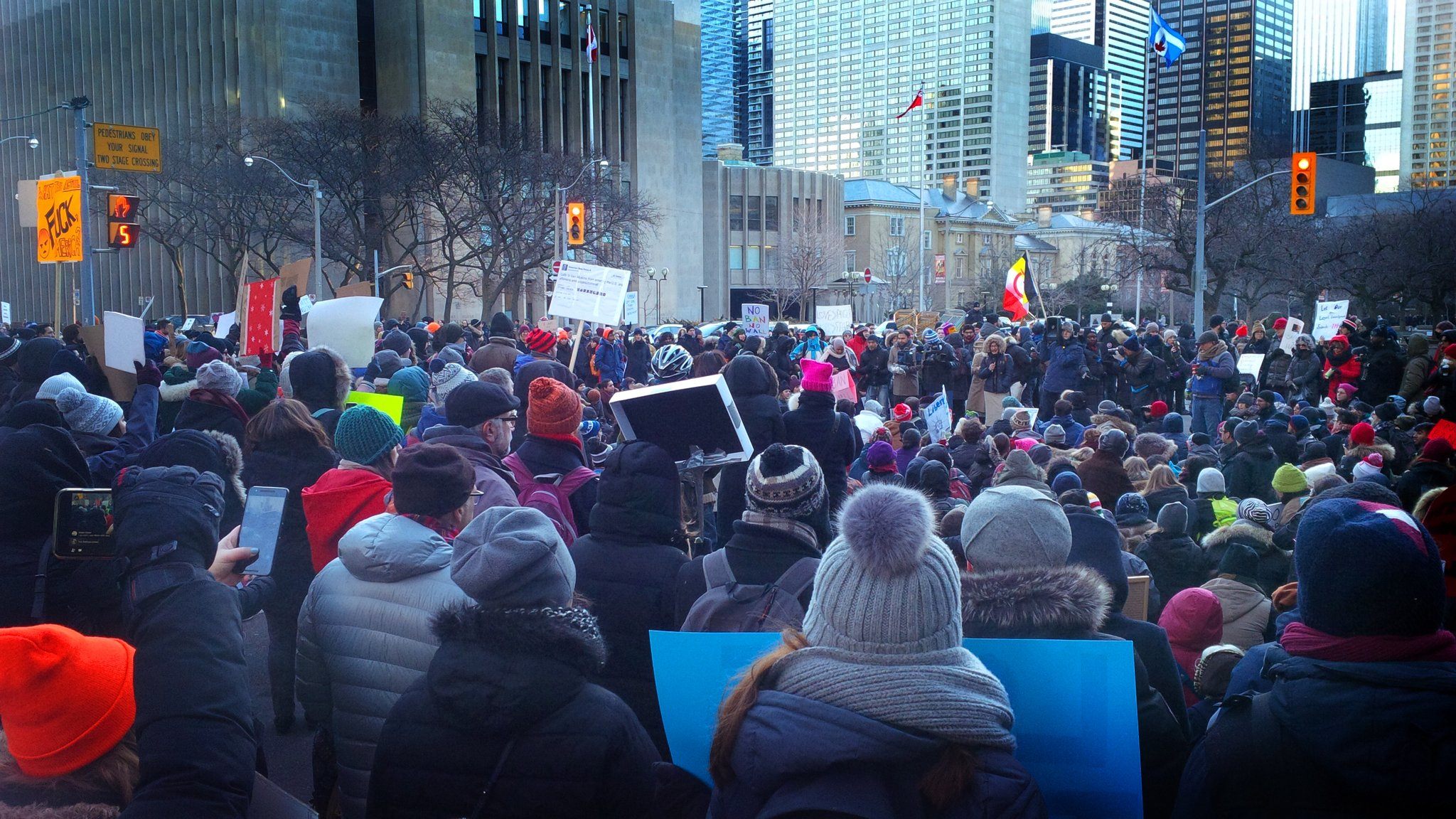 A planned demonstration in front of the U.S Consulate General’s office is taking place on Monday morning, resulting in limited operations.

The Consulate’s office released a statement informing U.S citizens that limited service will be available on January 30 due to the demonstrations.

“Local police will provide uniformed police to monitor the event. Even demonstrations intended to be peaceful can turn confrontational and escalate into violence,” the Consulate said in the statement. “You should avoid areas of demonstrations, and exercise caution if in the vicinity of any large gatherings, protests, or demonstrations.”

“Freedom for refugees, justice for immigrants”

A Facebook event called “We support refugees + muslims” shows over 3,600 people attending the demonstration, which began at 8 am on Monday despite the cold weather.

“Donald Trump is passing the most racist Executive Orders the U.S has seen in decades,” reads the event post. “Refugees, many of them children, are trapped in airports and being turned back to a dangerous home.. because of their religion, their language, their skin colour. Five Muslims were just murdered in Quebec City. For all those who believe in a compassionate world, the time to act is now.”

The post states the event is a peaceful, non-disruptive gathering, open to anyone.

The demonstrations are taking place outside the U.S. Consulate in Toronto, which is located at 360 University Avenue. Hundreds are out on the streets for the demonstration, scheduled to go on until 2 pm today.

Standing in solidarity against islamophobia, racism, and hate outside of the US Consulate this morning. Remember #QuebecCity. #NoMuslimBanTO pic.twitter.com/CG7K1V4lau

Proud to support #NoMuslimBanTO. US Consulate is shut down for the day. Univ Ave is shut down now. Stay warm. ✊🏽✊🏾✊🏿 #YouCantTweetPolicy pic.twitter.com/ch9u4j7LeM

Happy to see so many people gather together this cold-ass morning outside the US Consulate in Toronto #NoMuslimBanTO pic.twitter.com/xkM7ebf6jL

Moment of silence for those who lost their lives in Québec last night because of hatred. #NoMuslimBanTO #solidarity #LoveTrumpsHate pic.twitter.com/aO3IOdEMhW

#noMuslimBanTO Even if you can't stay due to work, you can bring some hot chocolates for those who can, eh? pic.twitter.com/q0SffTSqlI