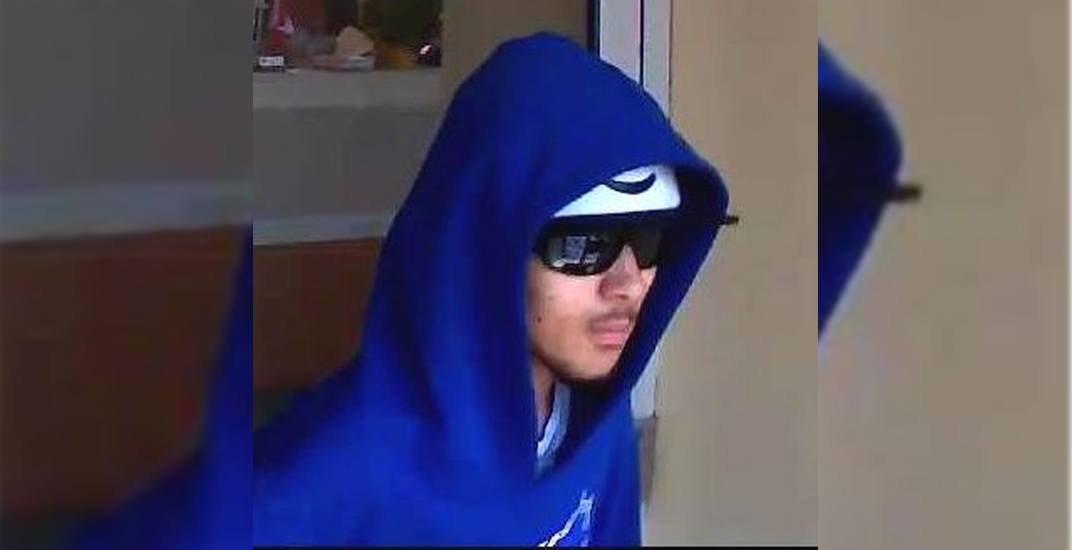 Toronto police are asking for the public’s help in identifying a man who is wanted in several robbery investigations.

Police say that on Thursday, August 10 at 12:25 pm, a man walked into a bank in the Rexdale Boulevard and Kipling Avenue area in Etobicoke. He approached the teller and pulled out a long note from his pocket that demanded money.

After receiving the cash, the man fled on foot.

According to police, while running towards a waiting taxi, he somehow ran out of his all-black sneakers which were recovered by officers at the scene.

During the subsequent seven, west-end bank robberies, the man has worn dark sunglasses and a hooded sweater pulled over his head.