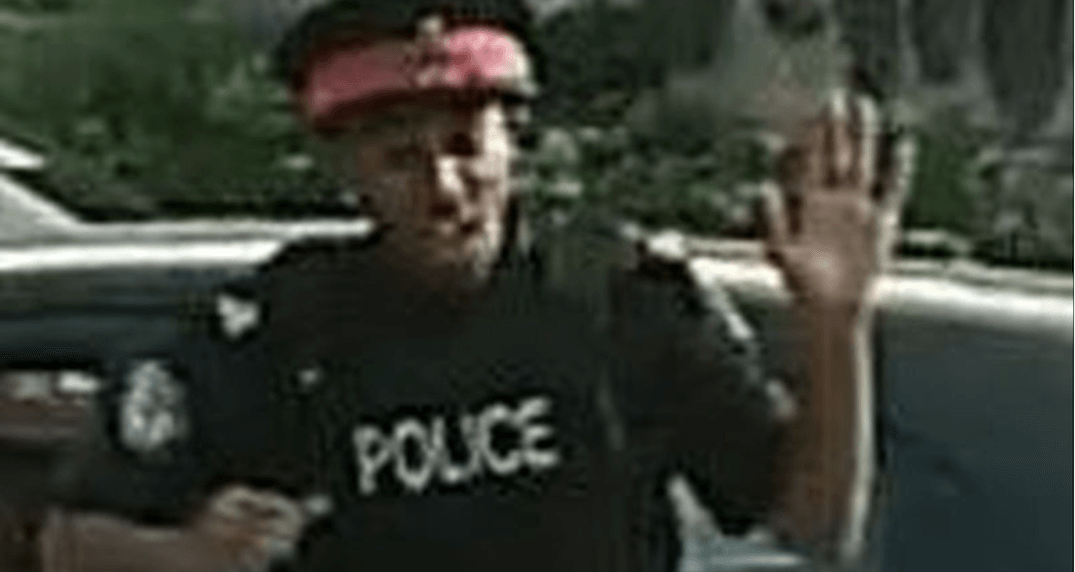 Toronto police are looking for a man who dressed as an officer and danced at an intersection, causing an accident.

According to police, on Saturday, September 16, at 6:15 pm, they received a call for an accident in the Bloor Street West and Christie Street area.

It’s reported that a man dressed in a police officer’s uniform was directing traffic while dancing at the intersection. The police investigation has revealed that the collision, which occurred between two cars, was as a result of the man’s attempt at directing traffic.

Anyone who witnessed or recorded the incident is asked to contact 14 Division or Toronto Police at 416-808-1400.

A video of the fake cop was shared on social media, and police have released an image of the man below.