Toronto Pearson International Airport (YYZ) is barely above average when it comes to customer’s satisfaction amongst the ‘mega airports’ of North America.

The study separated North America’s air terminals into three categories: mega, large and medium-sized airports, based on passenger. The survey is based on a variety of factors including check-in, food, beverage and retail, accessibility, terminal facilities, security checks, amenities and baggage claim.

Each airport was graded on a 1,000 point scale, and every category was given an average grade. 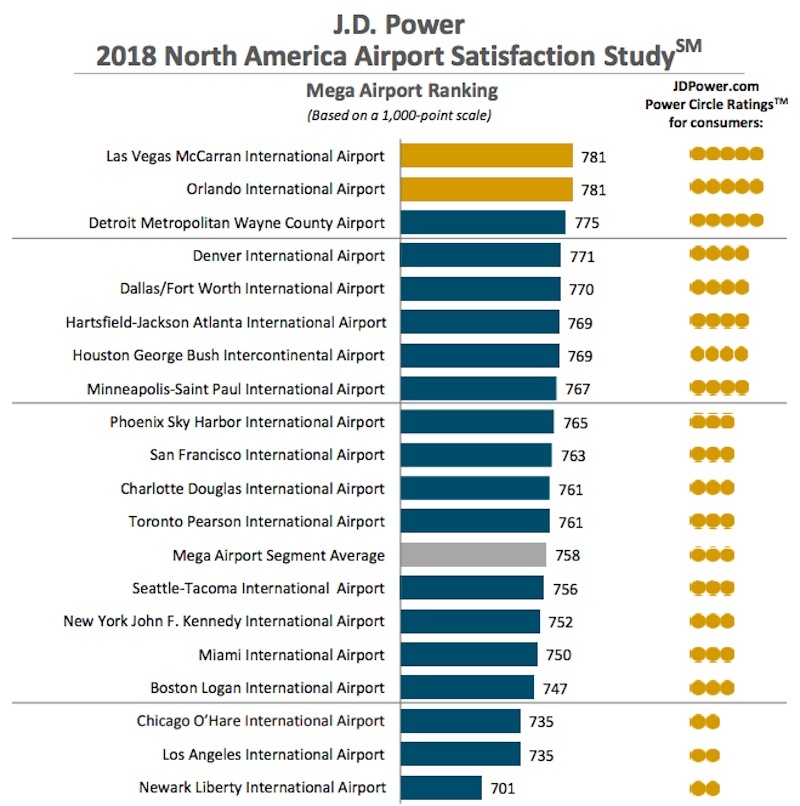 Vancouver International Airport ranked 6th in its division with a score of 781 points, placing it above the category’s average of 760 points. Montreal’s score of 764 earned it an 8th spot ranking, while Calgary placed 16th with a score of 756.