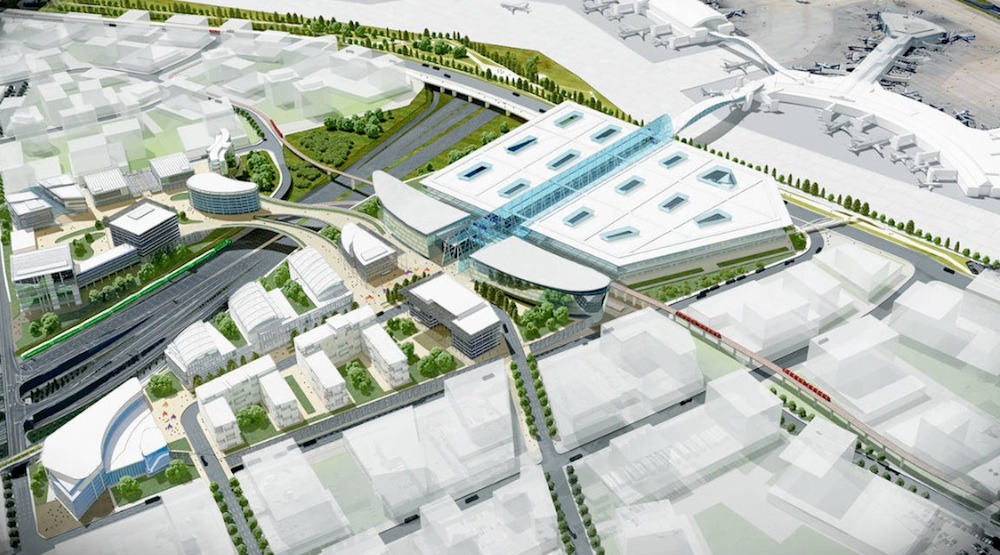 That is why the GTAA today announced its much-needed plan to build a new public transportation hub, specifically for new rail services that will reach YYZ in the future.

The proposed hub is slated for a large site owned by GTAA across Airport Road from Terminals 1 and 3 and will have direct access to Highways 409 and 427 from Airport Road, according to a release. It could become the hub for future transit services reaching the airport including the Eglinton Crosstown West LRT, Finch West LRT, Regional Express Rail on the Kitchener Line, Mississauga Bus Rapid Transit, and potentially even high-speed rail.

Currently, YYZ is only served by the Union Pearson Express rail service from Union Station in downtown Toronto and a number of bus services, but these services have proven to be insufficient given that the airport’s transit ridership represents just 10% of all trips made to the airport. In contrast, other major airports have a much higher transit modal share, such as London at 36%, Frankfurt at 33%, and Amsterdam Schipol at 40%.

“Toronto Pearson is a world-class airport in every respect, and Southern Ontario is a diverse and dynamic region,” said Howard Eng, President and CEO of the Greater Toronto Airports Authority, in a statement.

A secondary transit hub, second to Union Station, would not only serve airport employees and travellers but also the 300,000 people who work in the area around the airport.

“By the time New York and Chicago were the size that Toronto is today, they each had at least two major transportation hubs,” he said “Now is the time to ensure that better transit options are in place; otherwise we risk squandering the significant opportunities that are part and parcel of the exciting growth that the airport, the city and the region are experiencing.”

The transportation hub would also include a new mixed-use commercial area with retail and office space and hotels. An artistic rendering shows a sweeping multi-building complex design with a wide pedestrian-only bridge over Highway 409 connecting the overall development.

Such developments could provide YYZ with a major new source of non-aeronautical revenue, lessening the need to depend on its charges on airlines. This could benefit YYZ greatly as the airport is frequently ranked as one of the world’s most expensive airports to land a plane.

YVR is a good example of a Canadian airport that has seen great success with building retail, specifically a major luxury outlet shopping mall, to increase its non-aeronautical sources of revenue and has plans to add office space and hotels to its portfolio.

Late last year, GTAA revealed its long-term vision of transforming YYZ into a global mega airport on the same calibre as the international airports of Hong Kong, Frankfurt, and Singapore. It is aiming to increase passenger growth from 44 million in 2016 to 80 million by 2035.

However, to accomplish this the airport needs to resolve its ground transportation issues by increasing transit modal share and shift its revenue sources from aeronautical to non-aeronautical to encourage existing and new airlines to introduce new routes.