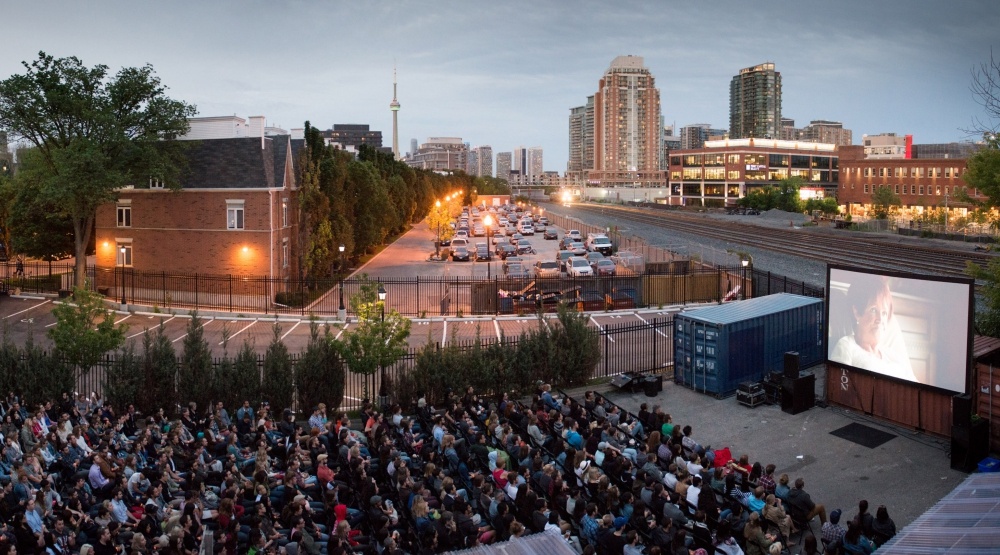 Toronto’s Open Roof Festival is just around the corner.

Starting June 20, the summer event begins at a new location, and its movie and entertainment lists have been announced.

The often sold-out Festival kicks off with Wes Anderson’s Rushmore and will present screenings every Wednesday for 10 weeks. As usual, Open Roof will offer filmgoers an eclectic mix of Hollywood and indie flicks paired with emerging musicians or bands in a variety of genres.

Here is this summer’s confirmed list of movies at Open Roof Festival.

Films for August 15, and 22 have yet to be announced at this time.

Tickets are available online, as well as from the on-site box office which opens at 7 pm for cash-only tickets. Musical guests perform at 8 pm nightly while screenings commence around 9 pm.

When: Starting June 20 and running through to August 22, 2018
Time: Musical guests perform at 8 pm nightly while screenings commence around 9 pm
Where: Sterling Road in the Lower Junction Triangle (the lot adjacent to 158 Sterling Road)
Price: $15