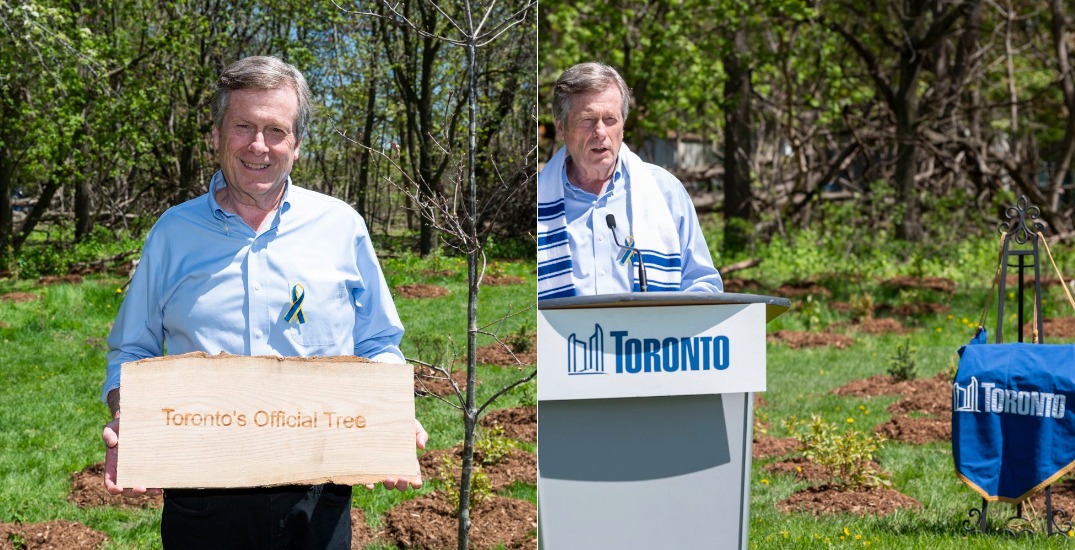 The City of Toronto let residents vote on which tree they’d like to represent the city, and the results are finally in!

Torontonians have selected the mighty Oak as the tree that best represents the city.

City Hall opened voting in April, and residents could choose from four different trees. The four trees that residents could vote on were selected with the help of Indigenous representatives.

The trees that voters could select from were oak, maple, birch and pine.

The @CityofToronto announced our Official Tree: the oak tree!

Pleasure to join @McKelvieWard25, @cllrainslie and others for the Arboreal Emblem Launch at Cedar Ridge Park. Thankful for the valued Indigenous community consultation and to the Torontonians for casting their vote. pic.twitter.com/LSa5WnpNpk

Now that the oak tree has been selected, it will be used in addition to official City symbols, such as the flag and coat of arms.

“The oak tree is an important part of Toronto’s urban forest. It is a great representation of the city of Toronto and plays a vital role in our history,” Mayor John Tory said in a press release.

According to the City’s official tree website, the oak trees in Toronto are some of the largest and longest-living trees in the city. The remains of an original oak savannah are still in High Park, and they conduct annual prescribed burns to keep the remaining oaks healthy.