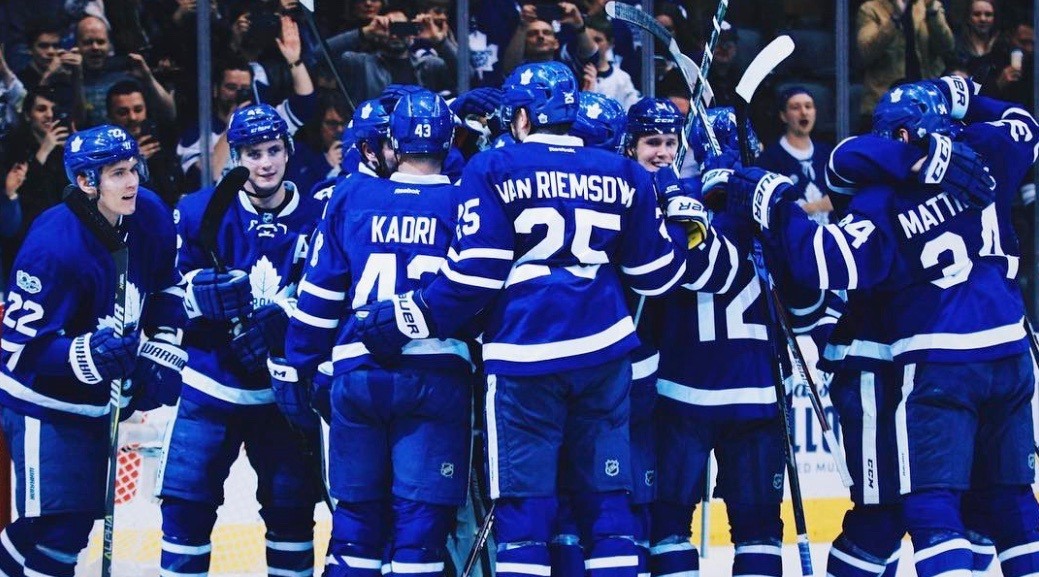 Okay, so you are aware that the Toronto Maple Leafs are in the playoffs…

But that’s mainly because your roommate came home wasted on Saturday night and wouldn’t let you go to sleep until you participated in a Go! Leafs! Go! chant.

And as it was secretly kind of fun (or you just want to know when your roommate will be coming home drunk again) you’d like to know a thing or two before the Leafs’ next playoff game.

Well, we’re here to help. ‘Cause the last time we checked ‘bandwagon fan’ still had the word ‘fan’ in it, and we’re happy to have as many of those in Toronto as possible.

The Leafs are playing the Washington Capitals in game three of their best-of-seven first round playoff series. The series is currently tied at one game each. Washington finished with the best regular season record in the entire NHL, while Toronto finished 8th in the Eastern Conference.

Waiting on the wonder kid

Leafs rookie Auston Matthews has yet to record a point in the series, but considering he broke the record for most goals by a Maple Leafs rookie this year, you can expect him to show up in a big way soon.

Kasperi Kapanen, the 20-year-old second year Leaf scored the OT winner last game and has 2 goals in 2 games. He only played 7 games this regular season and had 1 goal and 0 assists total. Talk about choosing a good time to up your game.

It’s going to be INSANE

Based on videos of what downtown Toronto was like after Saturday night’s double-overtime win (that took place in Washington), we can only imagine the insanity that Leafs fans have in store for tonight. Especially when the city is behind making it as epic as possible.