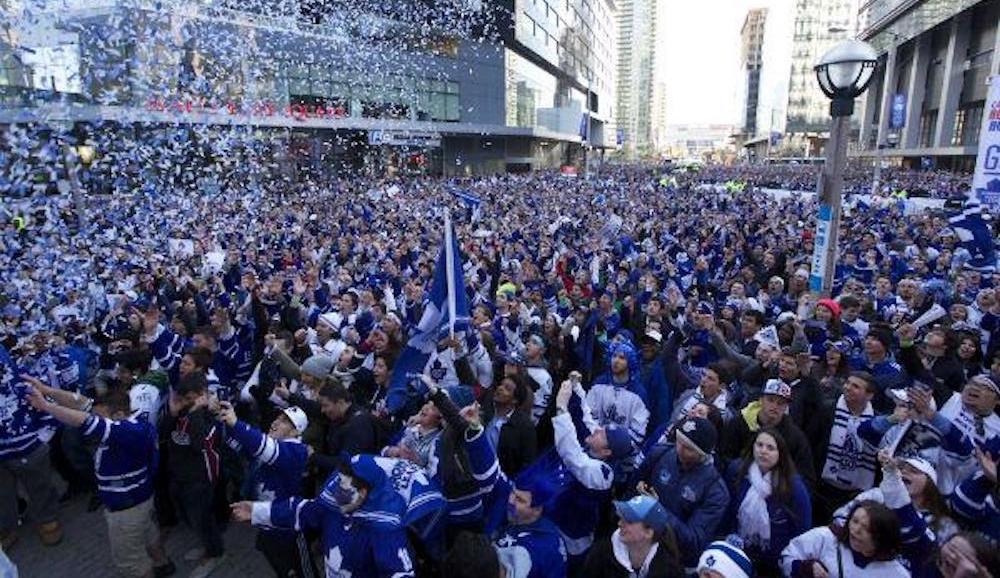 It’s playoff season in the city, and for the first time since 2002, Toronto fans have multiple teams to celebrate.

For the first time in 15 years, the Toronto Raptors and the Toronto Maple Leafs are heading to the playoffs at the same time.

And to celebrate, Jurassic Park will be transformed into a sports party central.

MLSE announced on Monday that Leafs and Raps fans will be able to check out their sports teams inside and outside of the Air Canada centre.

The Playoff Tailgate Parties in Maple Leaf Square will include:

Tailgates open two hours prior to tip-off or puck drop, and fans are encouraged to enter from Lakeshore Blvd & Bay Street.

And keep in mind, parts of the Gardiner Expressway will be closed starting April 17.

Playoffs start this week. So grab those jerseys and get ready to represent your city, Toronto!