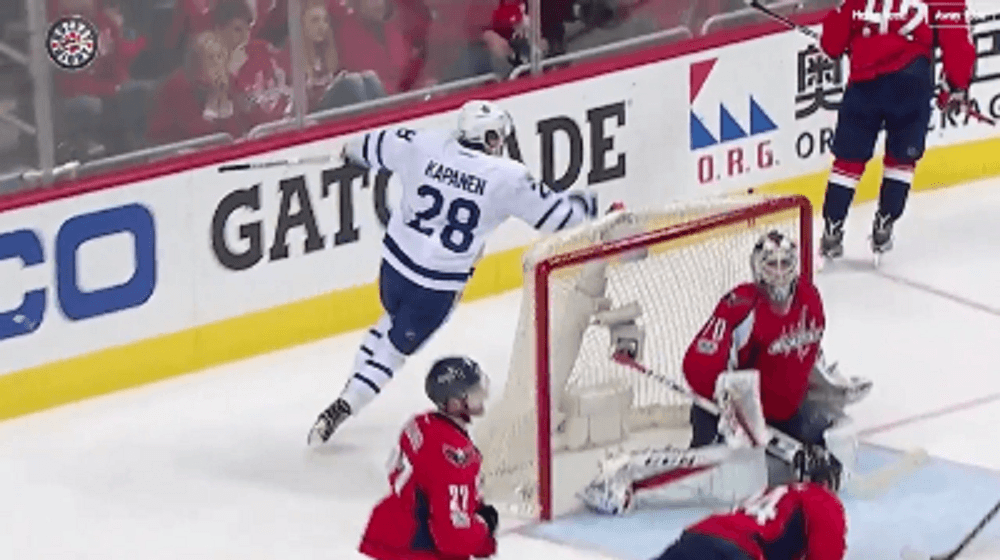 What a start to Kasperi Kapanen’s career!

The Toronto Maple Leafs battled hard for four and a half periods, and it was the 20-year-old from Finland who finally got the winner in double overtime.

It was the second goal of the game for Kapanen, who also scored in the 2nd period to tie the game at two apiece.

The Leafs now head back home for Games 3 and 4, and they have to be happy about a 1-1 series thus far.