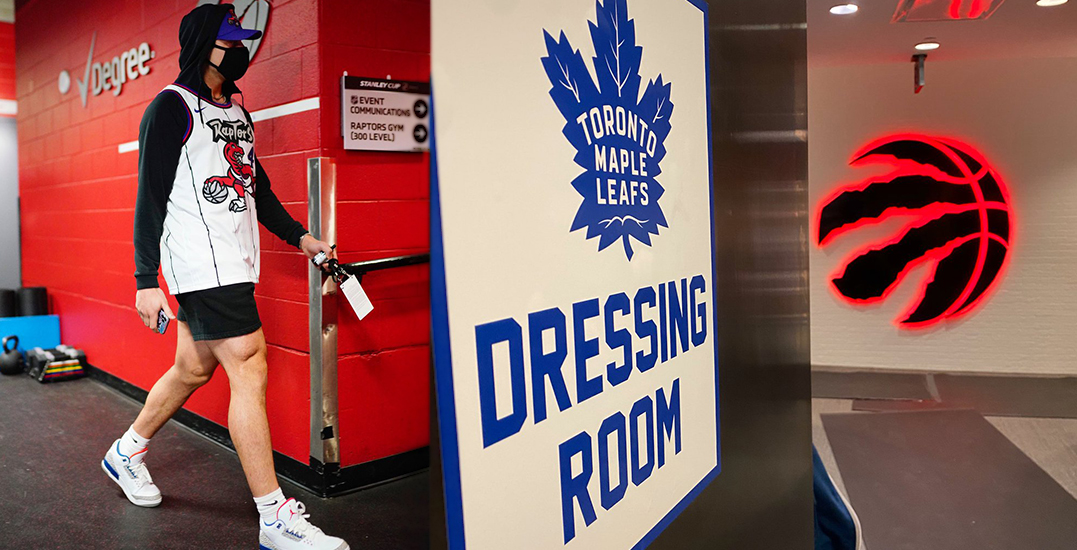 Call it the most ambitious crossover in Toronto sports history.

On Thursday afternoon, ahead of Game 3 in their qualifying series against the Columbus Blue Jackets, the Maple Leafs took over the locker room of the Toronto Raptors.

With so many teams participating in the NHL bubble in Toronto, teams are using many different dressing rooms in Scotiabank Arena.

The Leafs shared an inside look at their dressing room on social media and the views are undoubtedly the best of both sporting worlds.

To make the crossover even sweeter, Maple Leafs phenom Auston Matthews arrived at the rink in perfect Raptors attire.

According to Sportsnet’s Chris Johnston, the 22-year-old phenom donned a Pascal Siakam jersey, with a Raptors hat and Jordans to round out the hardwood fit.

And with the Raptors undefeated in three games in the Orlando bubble, the Toronto crossover could be just the inspiration that the Leafs are looking for. The Leafs and Blue Jackets are tied 1-1 in their best-of-five series, with Game 3 taking place at 8 pm ET.