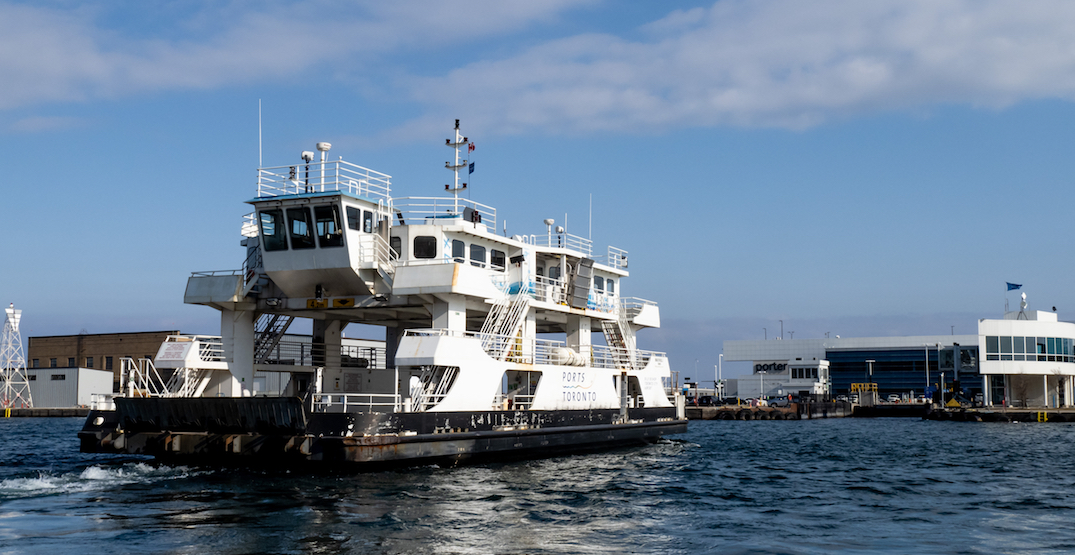 The ferry that takes travellers between Billy Bishop Airport and downtown Toronto is about to become 100% electric — the first ferry service in Canada to do so.

On Thursday, PortsToronto transported the Marilyn Bell I ferry from the airport to the DryDock facility on Queens Quay, where the vessel will undergo the final phase of its conversion to electric power.

The ferry, in its fully electric lithium-iron-powered form, will be back in service in late 2021. This will mark a significant milestone in PortToronto’s commitment to the environment, the ferry operator says.

👋 ⛴️ ⚓ Bon voyage to the Marilyn Bell I ferry as it is transported to Toronto Drydock for the final phase of its conversion to 100% electric power!

Ferry service will be maintained by the David Hornell.

“The new propulsion system for the Marilyn Bell I will be entirely powered by battery and fuelled by 100% Bullfrog Power renewable electricity, enabling the electric ferry to eliminate greenhouse gas emissions from the airport’s ferry operation,” a PortsToronto press release reads.

Not only will the new and improved ferry be better for the environment, but it will also be more pleasant on your ears, too. The retrofitting will allow it to operate much more quietly, which PortsToronto says will allow it to drastically reduce noise in the surrounding community.

While the Marilyn Bell I ferry undergoes its conversion, another ferry, the David Hornell, will keep up service to the Toronto airport.