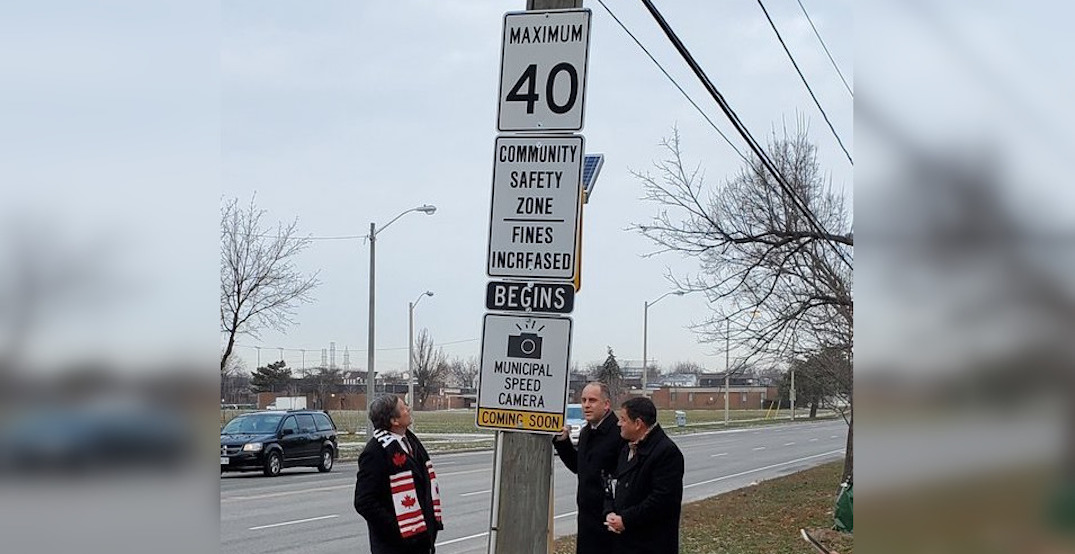 The city has officially begun installing the first of its Automated Speed Enforcement (ASE) cameras and signs on Toronto streets.

On Monday morning, Mayor John Tory, along with councillors Stephen Holyday and James Pasternak, unveiled one of the 50 new ASE signs.

The new ASE cameras will be installed on local, collector, and arterial roads in community safety zones near schools and to ensure an even distribution there will be two systems per ward across the city.

According to the city’s website, the ASE cameras will capture and record images of vehicles travelling in excess of the posted speed limit.

“I am confident automated speed enforcement will slow down drivers and help save lives,” said Tory.

“This is another Vision Zero measure we are implementing to make our streets safer and protect the lives of our most vulnerable road users.”

“The province is requiring municipalities to establish a 90-day warning period in advance of all new ASE system deployments. ‘Coming soon’ advisory signs will be posted at the new deployment site,” the city’s website reads. 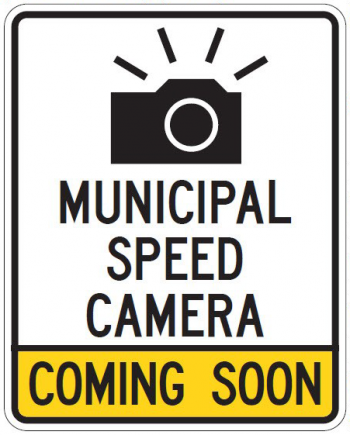 The city says ASE tickets are expected to start being issued to speeding drivers in the spring of 2020 at the end of a 90-day public education campaign.

If a vehicle exceeds the posted speed limit in an ASE-enforced area, a ticket will be mailed to the registered plate holder. Offenders are only fined – no demerit points will be applied.

This morning, we launched the rollout of automated speed enforcement in Toronto. pic.twitter.com/9LDaBGfvBO

According to the city, speed is a contributing factor in approximately one-third of fatal collisions in Canada. Provincially, more than 50% of convictions related to the Highway Traffic Act in Ontario were from speeding offences.

A full list of the 50 locations within the city’s 25 wards can be found here.