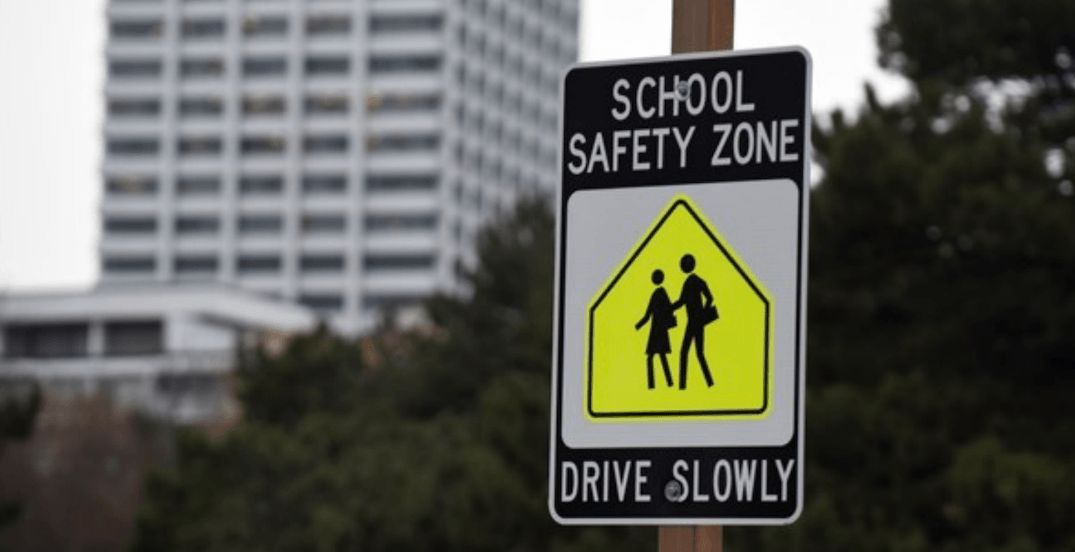 With students heading back to school on Tuesday, Mayor John Tory has unveiled a number of new measures that will help keep students safer in school zones.

Mayor Tory, along with Toronto police and officials with the Toronto District School Board were at Oakridge Junior Public School in Scarborough on Tuesday to emphasize the city’s work to keep streets safe for students year-round.

As part of Toronto’s Vision Zero Road Safety Plan, Tory said the city has implemented several initiatives to ensure the safety of students.

The Vision Zero 2.0 initiatives include lowering speed limits across the city, changing road designs in key areas, and putting new technology to use, such as red-light cameras and more pedestrian head-start signals. This plan also ensures that all Toronto schools are “ultimately surrounded” by school safety zones.

Currently, there are already 136 school safety zones throughout the city, and staff will now be working to install more than 60 additional safety zones before the end of 2019.

According to the city, school safety zones include:

Tory also announced that before the end of this school year, the city will be installing speed cameras in 50 school safety zones throughout different parts of the city.

However, Tory added that this wouldn’t start until December, because that’s when the city expects to have provincial approval.

I’m also proud to confirm today that before the end of this school year, starting in December because that’s when we expect to have provincial approval, we will be installing speed cameras in 50 school safety zones in different parts of the city. pic.twitter.com/vsj348CETG

You can find the City of Toronto’s Safety Guide for School Children and Parents here.