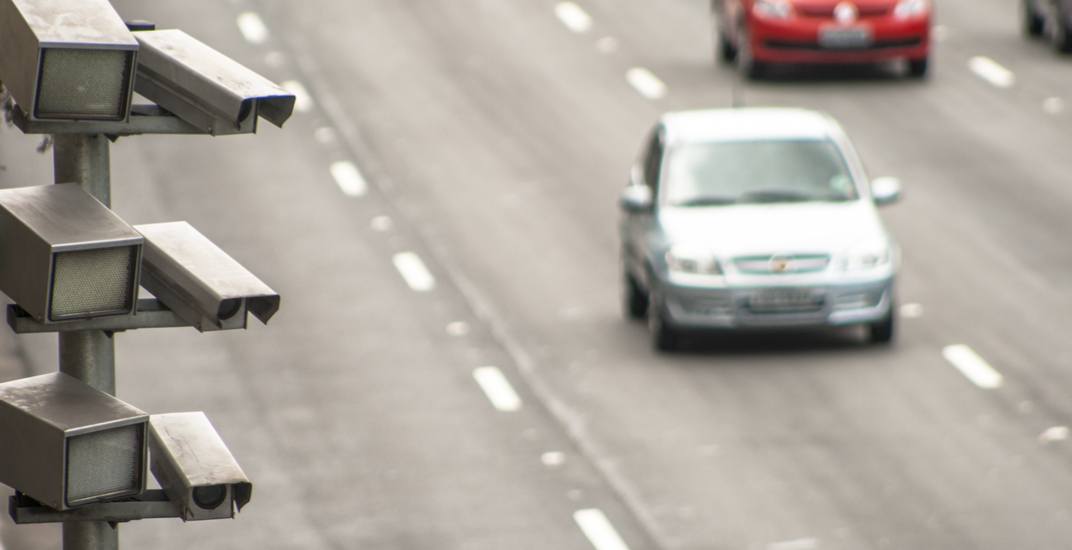 Speeders beware: Photo radar will be used in Toronto by the end of this year.

Throughout the pilot, ASE devices have been using photo radar to collect data on the speeds of vehicles, as well as the volume of traffic in designated areas, which includes school zones and other areas designated as “community safety zones.”

In June 2018, City Council authorized the creation of 754 new Community Safety Zones around kindergarten to grade 8 schools within the city, which would make these areas also eligible for ASE.

City spokesman Eric Holmes told Daily Hive the pilot is expected to wrap up before January 31.

Holmes said when the pilot concludes at the end of January, “staff will then review the data collected to inform decisions regarding the operational components of the program including number of units and hours of operation, among other information.”

Once the city reviews the data collected during the pilot, Holmes said staff will return to Council with a report on their findings and the next steps for getting the ASE program fully operational by the end of 2019.

The city has committed $109 million to Vision Zero over the next five years.