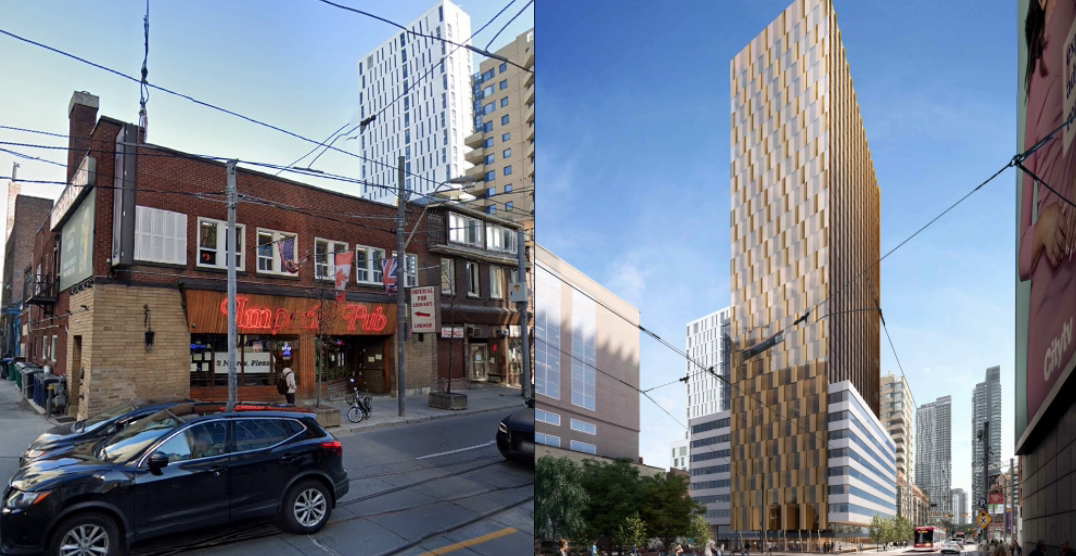 Toronto’s Imperial Pub may soon be gone, and a 30-storey, mixed-use condo tower could rise in its place.

Developers filed plans with the City to build a tower on the northwest corner of Dundas Street East and Bond Street that would house 287 new residential units ranging from studios to three-bedrooms.

Plans call for the building to have an eight-storey podium at its base, which would include 231 square metres of retail space on the ground floor. The building will have both indoor and outdoor amenities, including multiple rooftops. 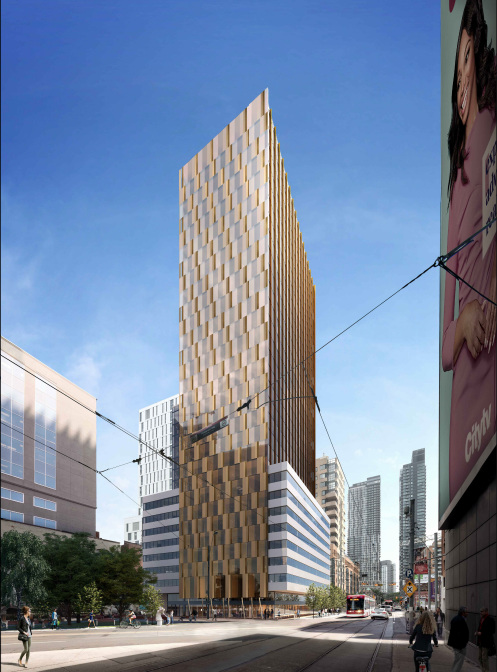 The condo development would not only oust the Imperial Pub — a popular spot among University of Toronto and Ryerson students — but the other businesses on the block as well, including record store Paramusic and a Burrito Boys location.

Although many of the buildings that would be demolished are quite old — 98 Bond Street dates back to 1858, 54 Dundas Street East to 1924, and 60-66 and 70-74 Dundas Street East to 1872 — they are not listed on the Toronto Heritage Register, and they aren’t protected by the Ontario Heritage Act. This means that the developers will be able to demolish them and not have to preserve the facades in the new development.

A report on the proposed development will be presented and voted on at the Community Council before moving on to City Council, where final approval or denial can be given.