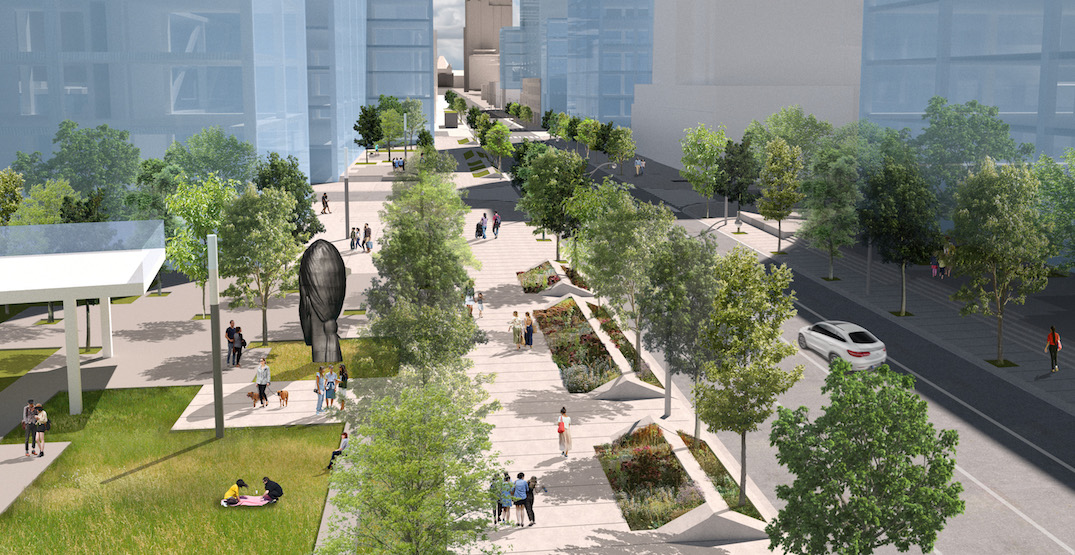 A major Toronto road that’s prone to speeding cars is in need of a transformation that would widen sidewalks, improve safety, and create a linear park, The Avenue Road Safety Coalition (ARSC) says.

The ARSC has released a new design proposal for Avenue Road — a six-lane roadway running north-south from Queen’s Park to just north of St Clair West. The design, created in partnership with Brown and Storey Architects, is intended to address issues of dangerous high-speed driving that has put pedestrians at risk. 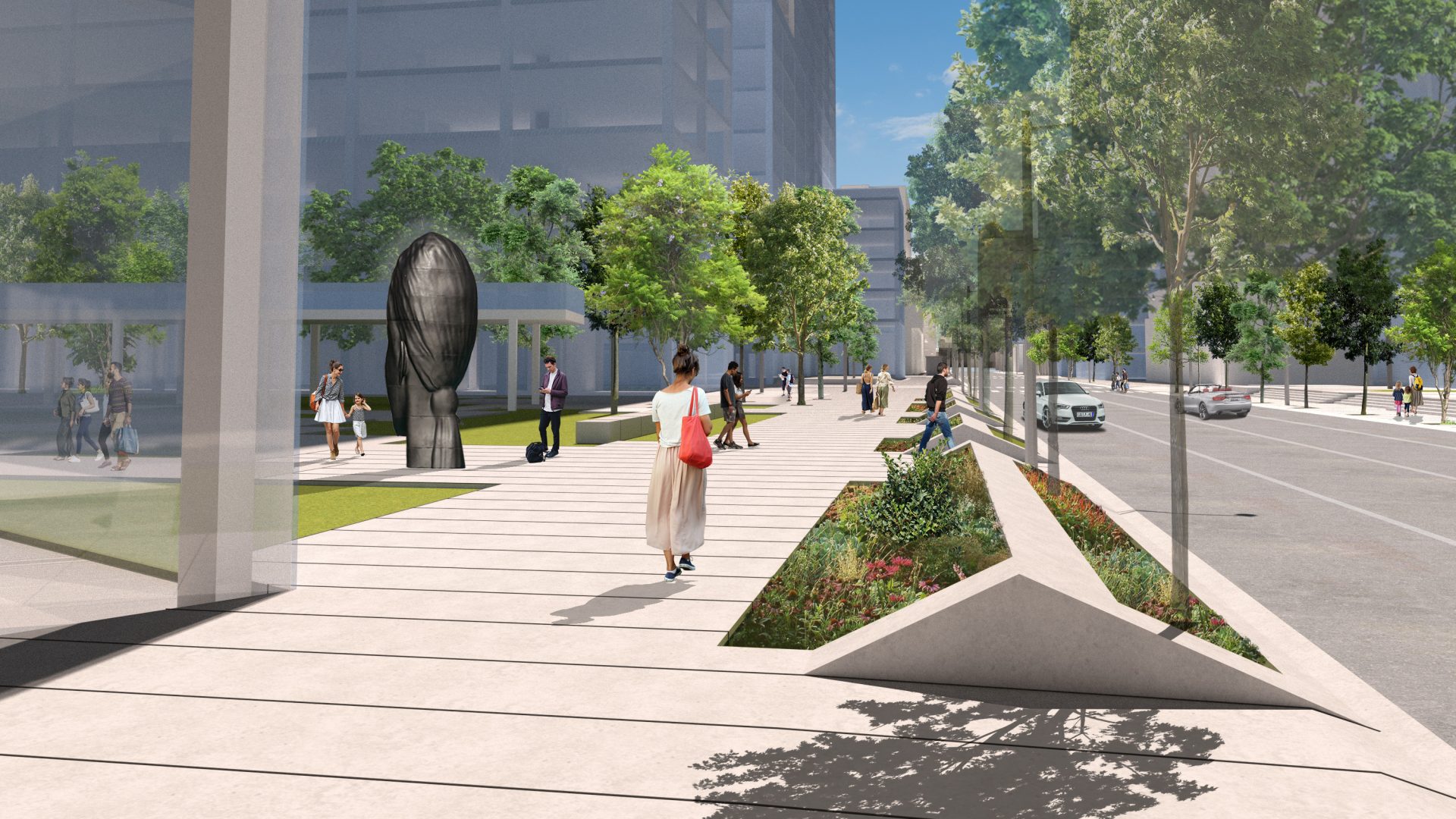 This would largely be done by reducing the number of lanes and significantly widening the sidewalks that currently line the street, which ARSC says are dangerously narrow.

“The Brown and Storey plan envisions a remake of Avenue Road from Bloor Street
West to St. Clair Avenue West that would reverse the dramatic road widening of the 1950s
that narrowed sidewalks and uprooted trees,” An ARSC press release reads. 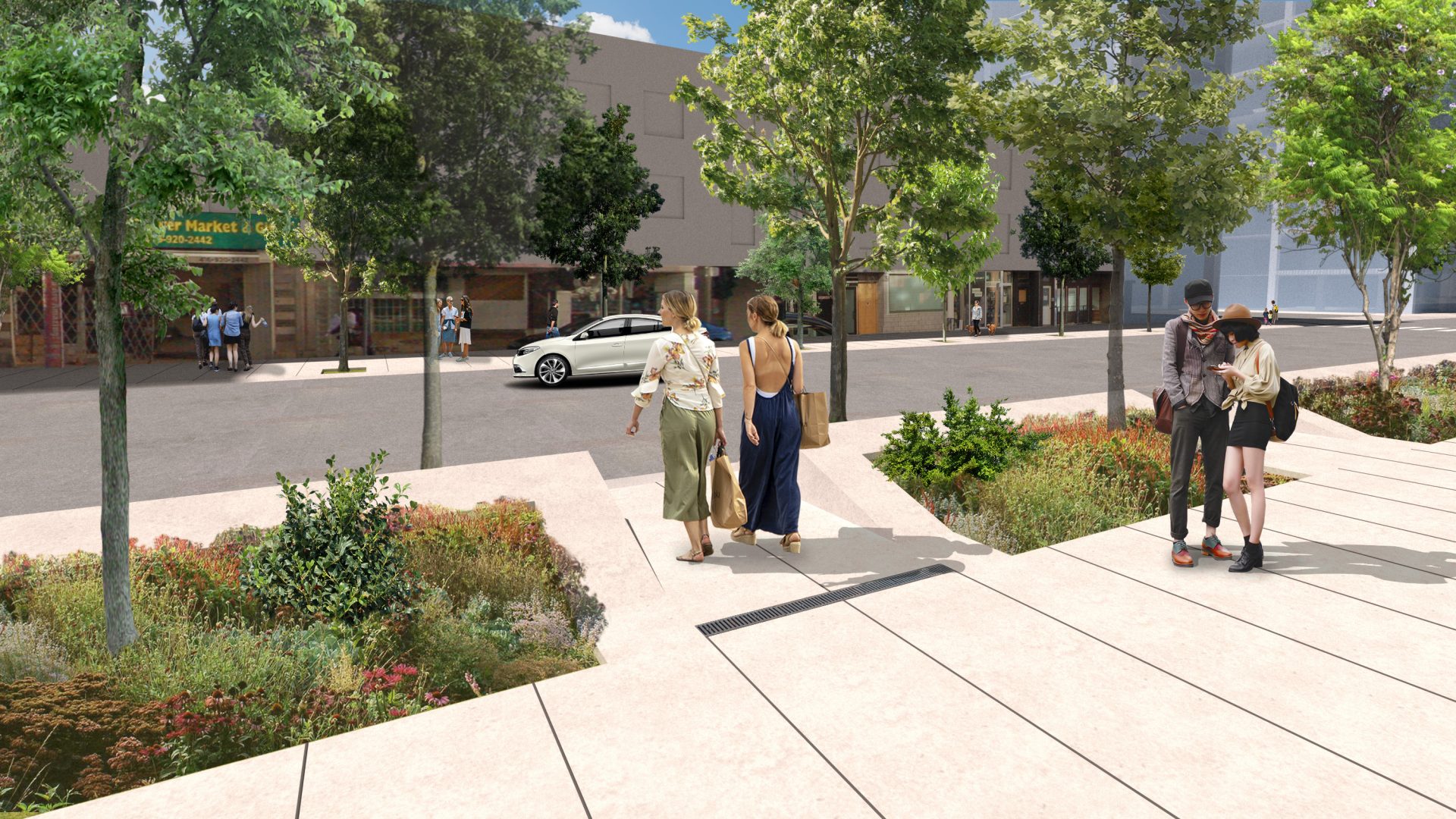 The plan would see the road reduced from six lanes to four. There would be 580 new trees and a variety of vegetation planted along the walkway, creating new linear park space that would link up to the in-development Green Line park.

“The Avenue Road Park could become a key linkage in the City of Toronto’s Park Ring concept of interconnected public spaces encircling the city, while also forging new potential linkages to the Green Line and strengthened connections to Ramsden Park,” the proposal reads.