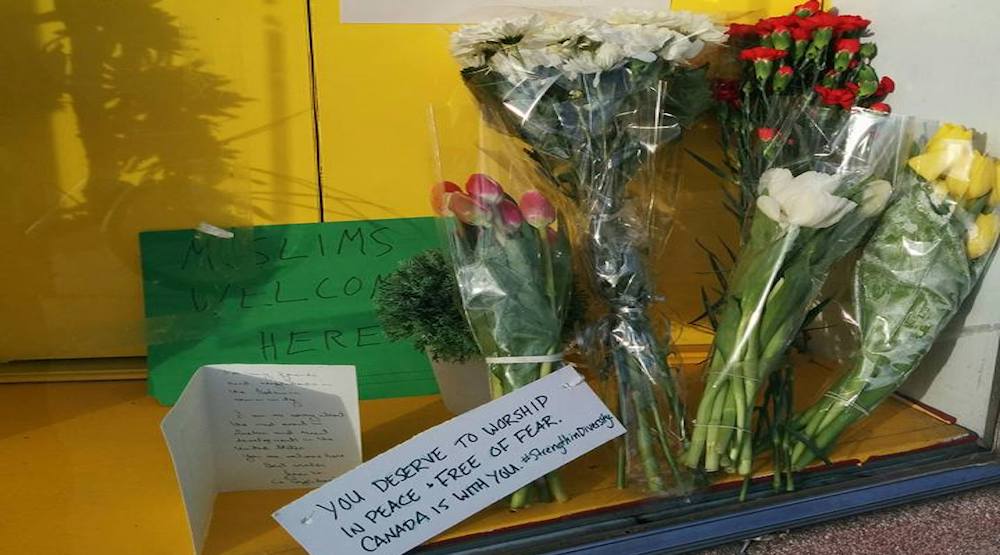 “This is your home. You are welcomed, and you are supported.”

Those are the words of a 16-year-old Toronto high school student, sent to the Islamic Information And Dawah Center.

Like many Canadians, Ilyas Ally shared his story and emotions about Sunday night’s shooting in a Quebec City mosque on Facebook. His message was one of hope, encouragement, and acceptance.

“When I arrived at the Dawah Centre, there were flowers and a handwritten sign saying ‘Muslims Welcome Here’ on the sidewalk,” wrote Ally. “A neighbour brought a handwritten card. A man from Etobicoke was in the neighbourhood and stopped by to give me a teary hug. A high school world religions teacher called me to ask if he could drop off letters that his students wrote. He showed up 20 minutes later with 17 handwritten letters, two pictured here.” 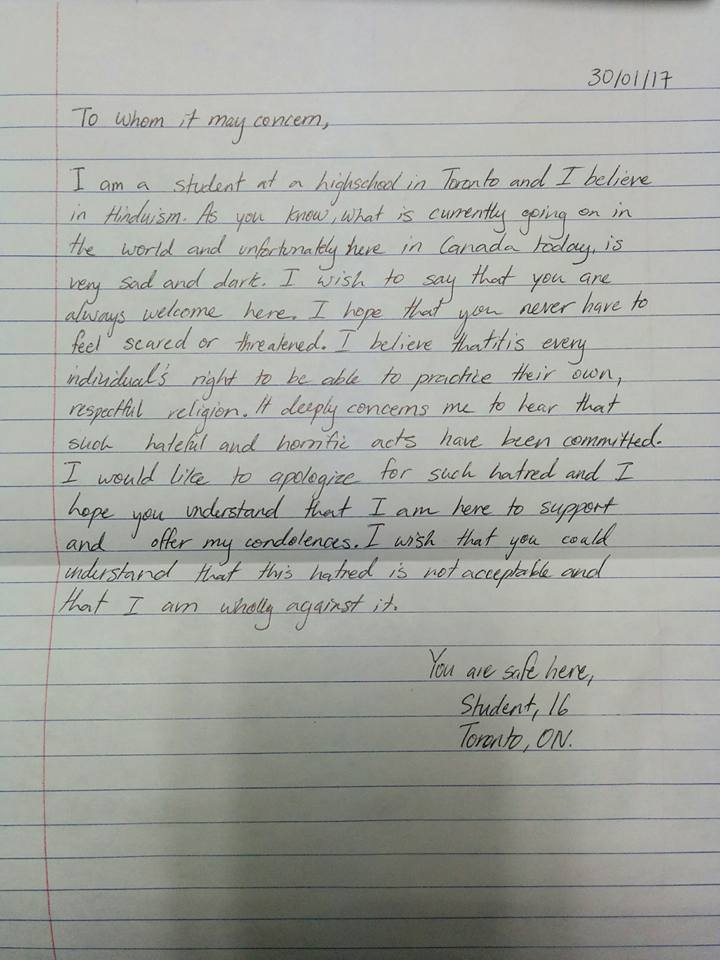 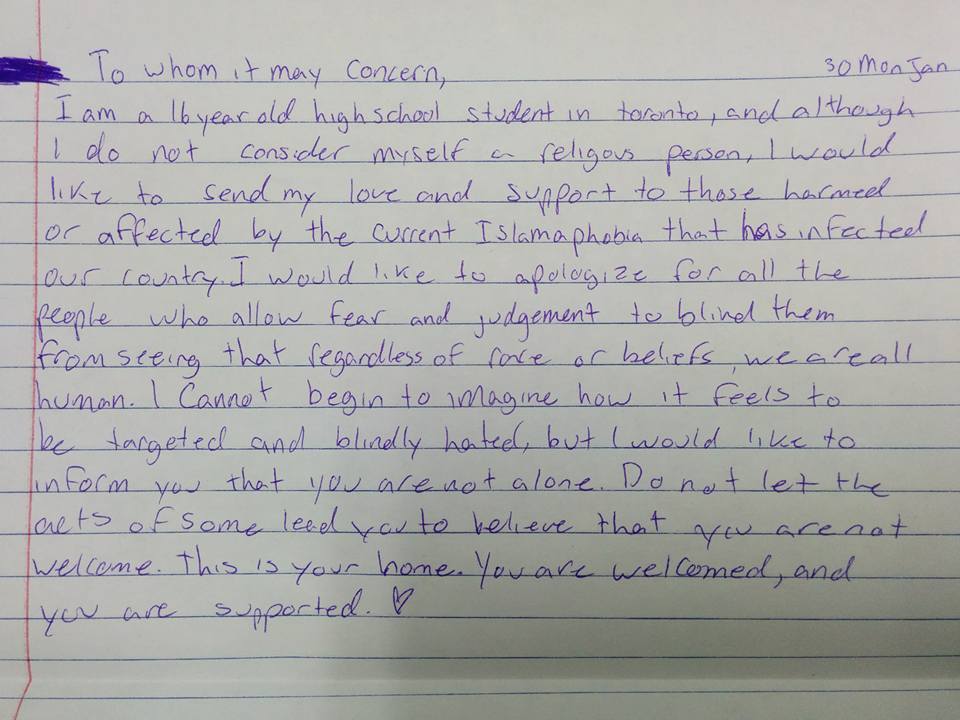 “As we pray for the victims, I also thank Allah for the fact that we live in a beautiful neighbourhood in a beautiful city in a beautiful country,” he continued in his post. “On the contrary, these acts of violence will only serve to inspire more friendship, expressions of love, solidarity, and community-building.”

In response to the community support, the Islamic Centre will be hosting a vigil on Tuesday evening.

The vigil will begin at 8 pm, and all are welcome to attend. The Islamic Information and Dawah Centre is located at 1168 Bloor Street West.