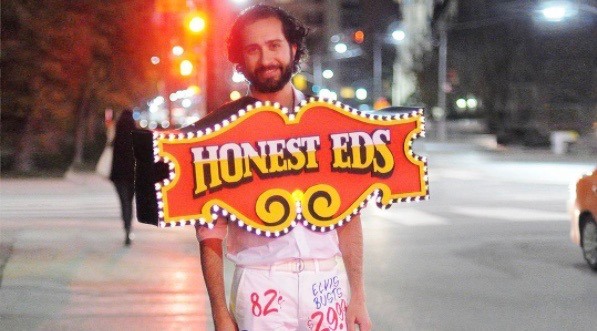 When Halloween is on a Monday, Toronto parties on the weekend.

And so, thousands of people in the 6ix hit the streets on both Friday and Saturday to celebrate the one holiday that lets everyone show off their true colours.

The results, of course, we’re nothing short of amazing.

And while there were plenty of Halloween costumes in Toronto to make any Halloween-goer proud, it was a special breed of costumed heroes who took their creations to the next level and used the city they live in to inspire their Halloween garb.

So to all of you who went with a Toronto related/inspired/centric costume – we salute you and your commitment to the 6ix. (And one pumpkin, ’cause it’s freakin’ awesome.)

Of course, Halloween is officially tonight, so if you’re planning on handing out candy or hitting up Church Street for the party, these Toronto Halloween costumes still have the chance to inspire you too.

A photo posted by Stephanie Marziano-Hillhouse (@beautyandthebarr) on Oct 28, 2016 at 10:34am PDT

A photo posted by Share Your Pics Photobooth (@shareyourpicsphotobooth) on Oct 31, 2016 at 3:46am PDT

Did you know the CNtower is the worlds 7th tallest free standing structure? Views. #halloweenTO