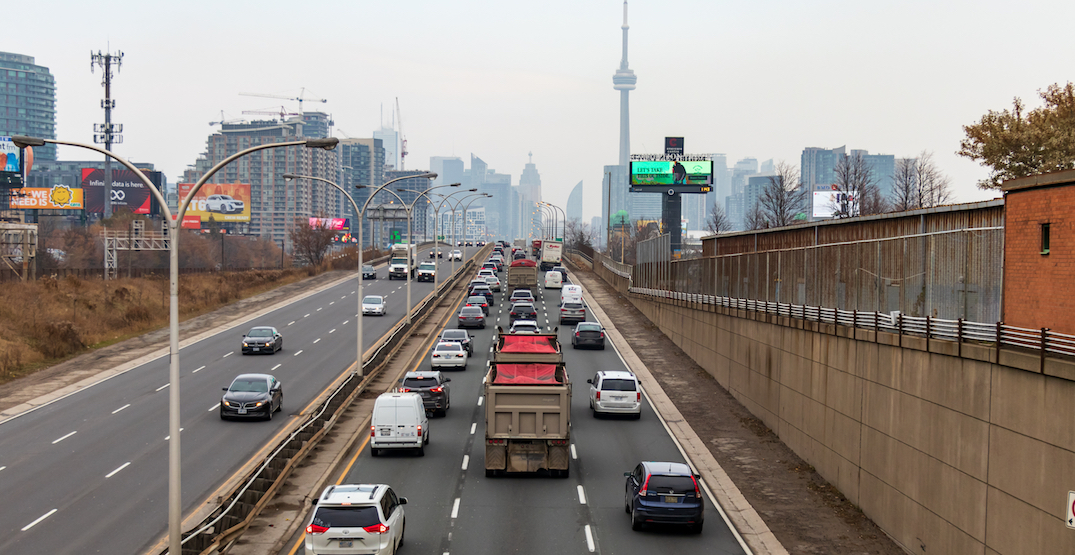 The City of Toronto is gearing up to remove two Gardiner Expressway ramps, with months of weekend closures planned for Lake Shore Boulevard East.

The on and off ramps at Logan Avenue, located at the most eastern end of the Gardiner, are being taken down permanently as part of the Gardiner Expressway Rehabilitation Plan and the Port Lands Flood Mitigation Project. Work will also be done to widen and lengthen the Lake Shore Bridge over the Don River. The roadway between Don Roadway and Carlaw Avenue will be rebuilt with safer intersections and pedestrian and cycling facilities.

According to the City, the removal of the Logan Avenue ramps will allow the Lake Shore Bridge to be lengthened and widened. Once the bridge is reconfigured, it will have bike lanes, pedestrian paths, and a new linear park.

This construction work has been coming for quite some time now, having been approved back in 2016. The City says it has completed extensive planning to ensure that traffic flow continues both during and after construction. Their modelling has shown that most impacted trips will choose to use Lake Shore Boulevard once the Logan Avenue ramps are closed.

The Logan Avenue ramps will close for good on Tuesday, August 31 at 9 pm. To accommodate construction, every weekend from September to October, Lake Shore Boulevard East will be closed from Cherry Street to Carlaw Avenue. The Don Roadway will also close between the DVP and Commissioners Street with no access to the DVP.

Then starting in November, construction along Lake Shore Boulevard east will begin and is expected to complete in 2024.