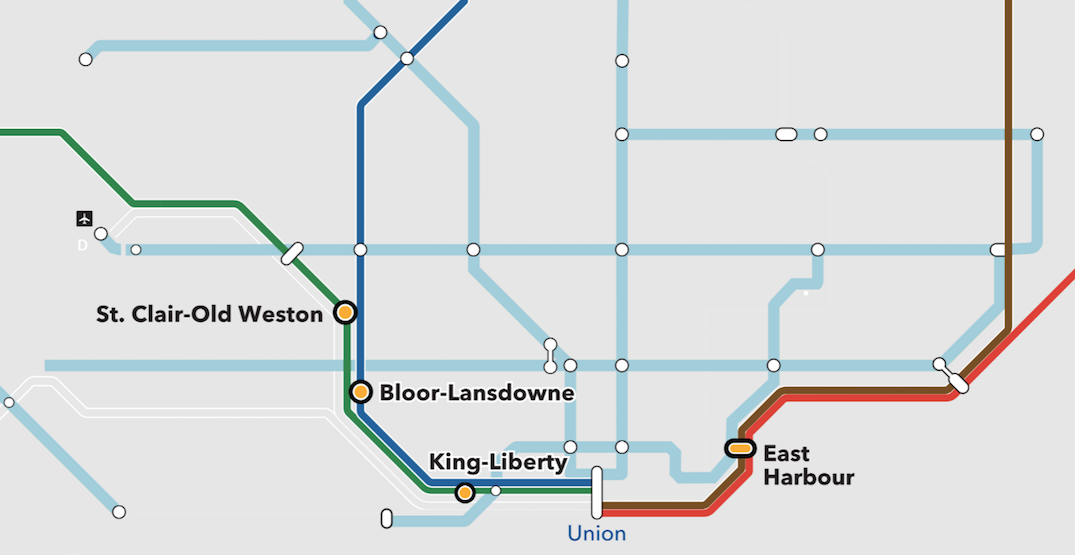 The City of Toronto and the Government of Ontario signed a revised agreement to bring five new GO stations to the city.

The signed agreement, announced on Tuesday, allows Metrolinx to move ahead with four of the five stations, with the fifth being built under the Province’s Transit-Oriented Communities Program.

The stations are planned along existing GO routes across the city and will be located at St. Clair and Old Weston; Finch and Kennedy, King and Liberty; Bloor and Lansdowne; and East Harbour, just south of where Eastern Avenue meets the Don Valley Parkway. 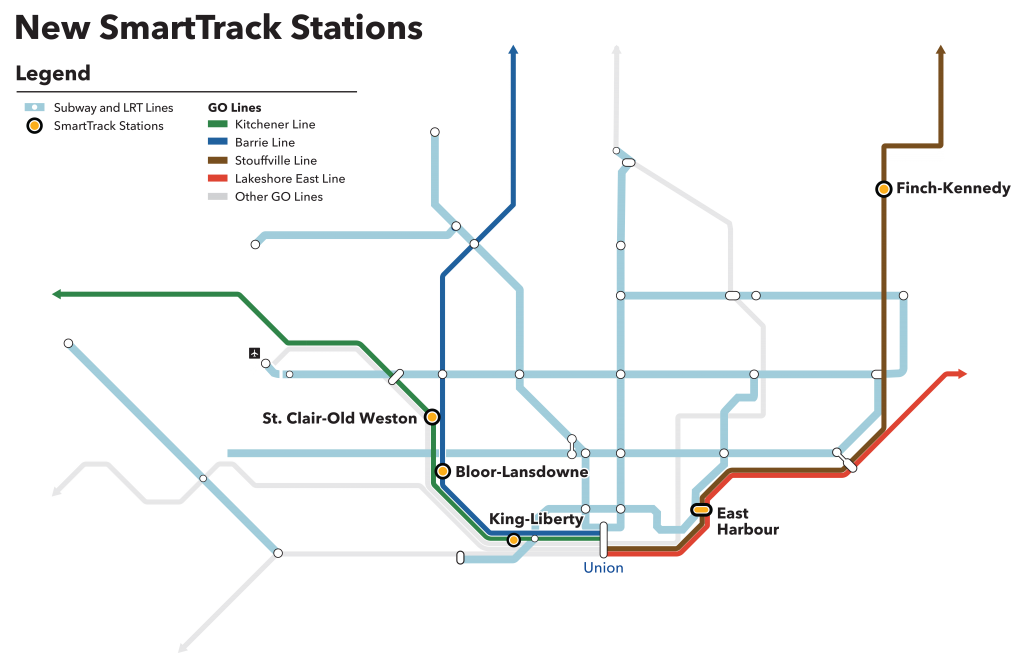 The King-Liberty and St. Clair-Old Weston stations will be on the Kitchener GO line, Bloor-Lansdowne on the Barrie line, East Harbour on the Lakeshore East line, and Finch-Kennedy on the Stouffville line. All of the stations are expected to be operational by 2026.

“In the past, our transit maps have not kept pace with the growth in the Greater Toronto Area — that’s why this agreement with the City of Toronto and our federal partners is a key step that will offer more route options and reduce travel times,” said Associate Minister of Transportation Stan Cho.

“When these five stations open, it will be good news for everyone: workers will spend less time communing; parents will be home quicker to their families; Jays fans will make it to the Rogers Centre easier.”

The new stations result from Toronto’s SmartTrack Stations Program — an initiative to improve transportation within the city by leveraging nearly 40 km of existing GO infrastructure.

It’s expected that by 2041, the new stations will have a combined total of 24,000 boardings and transfers during the average weekday peak hourS, and will add an estimated 3,400 new daily riders to Toronto’s transit system every weekday.