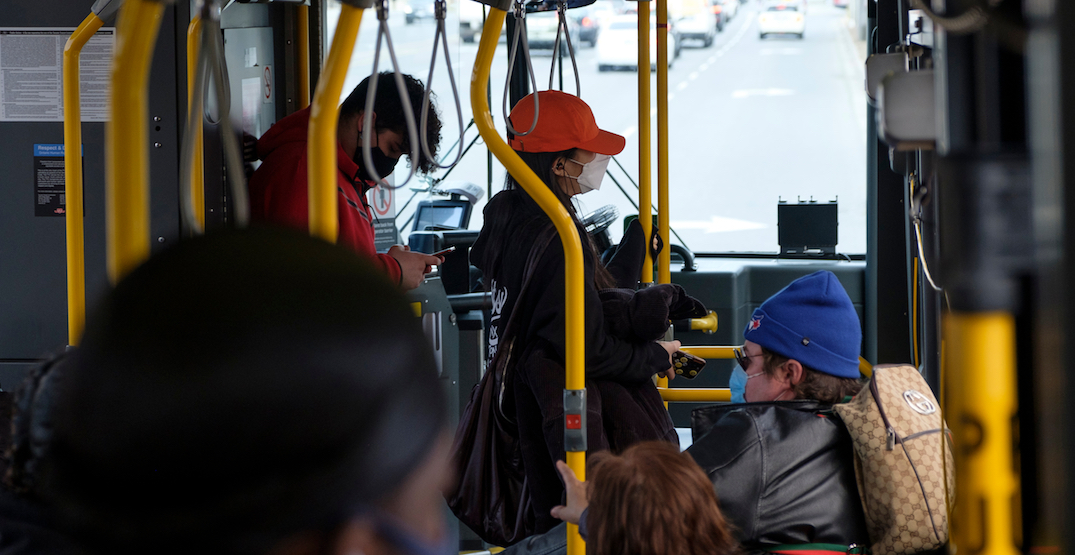 A new ad campaign from the TTC is encouraging its customers to avoid crowded buses, and some riders aren’t too happy about it.

The ad that’s running on social media reads “Avoid busy buses,” with a sentence below telling riders to check the Rocketman or Transit apps “to make sure the next bus isn’t too crowded for you.”

One individual shared a screenshot of the ad on Twitter, along with their displeasure that they felt the TTC was now putting the onus on its riders to avoid overcrowding.

“I cannot believe I was just served this ad on Instagram. It’s now MY responsibility to make sure busses aren’t overcrowded during my commute?” the tweet reads. “You should be adding more capacity!”

I cannot believe I was just served this ad on Instagram. It’s now MY responsibility to make sure busses aren’t overcrowded during my commute? You should be adding more capacity! @TTChelps @TTCwelps @ttcriders @m_layton @shawnmicallef pic.twitter.com/PEr68r42sP

A number of other individuals responded, agreeing that the TTC needs to up its capacity to allow riders to spread out.

💯
This is why transit operating funding is a critical #Elxn44 issue. #TTC faces a $126 million budget gap this year alone, but needs to run more bus service! https://t.co/fvXFkOYnnZ

In response to the original complaint, the TTC’s Twitter account said, “Our staff are monitoring crowding on bus routes via automated passenger counts and adding more service when and where possible.”

According to TTC spokesperson Stuart Green, the ad is one from a series that promotes new initiatives regarding COVID safety and comfort for passengers.

“That intent is to point customers to the passenger occupancy data in the Rocketman and Transit apps,” Green told Daily Hive. “The real-time data in those apps allow customers to see how busy an approaching bus is and if the next one or two behind it may be less busy. They can then make informed decisions about their trip based on their own comfort.”

Green says the TTC sends out extra buses in response to crowded vehicles based on the available data.

“The TTC continues to monitor bus passenger levels in real-time and deploys additional service when possible and as quickly as possible if we see spikes in boardings at a particular stop or on a specific route,” Green said. “At last count, more than 90% of all bus trips are less than half full, so we focus on that other 10%t of trips to try and offset higher ridership.”