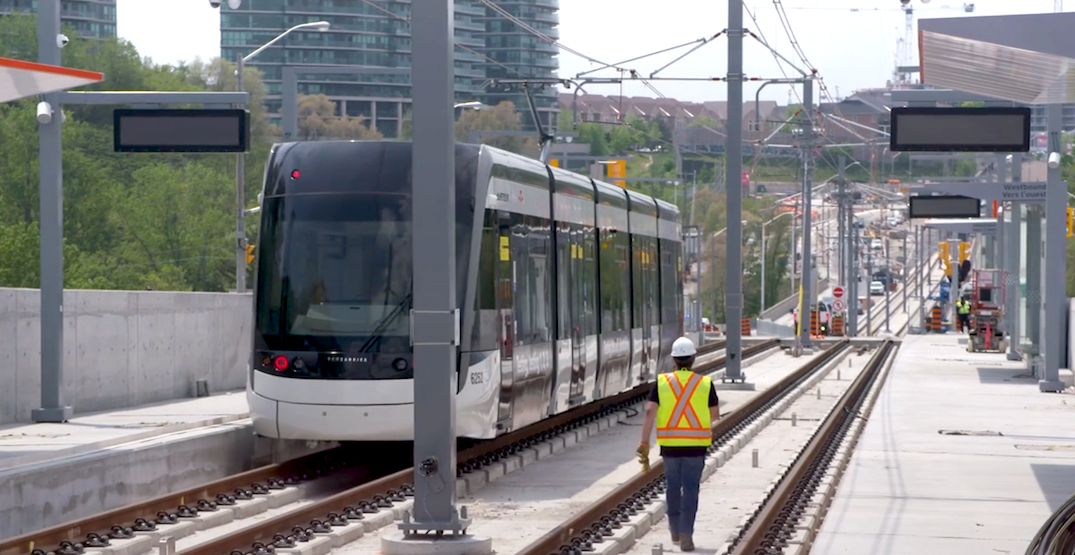 Building the Eglinton Crosstown LRT has meant 10 long, hard years of disruptive work, but with the transit line heading into the final stretch of construction before it opens next year, things are about to get a lot easier.

The Eglinton Crosstown is adding 19 km of rail line across the city, servicing 25 stations along the main Toronto street. Running from Kennedy Station in Scarborough to the new Mount Dennis station in the west, this massive addition will help Toronto’s transit system step into the 21st century.

From everyday commutes to visiting Toronto landmarks, and getting out of the city, here are just some of the things that will become much easier to do once the Eglinton Crosstown opens. 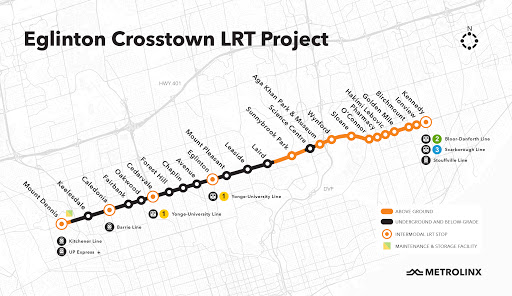 Getting from Scarborough to the west end

The Eglinton Crosstown will finally give riders a direct route — no transfers required — from the east to west ends of Toronto. According to Metrolinx, riders will be able to get across the city 60% faster than before.

Every kid’s favourite place to go learn about science is currently only accessible by car or bus. But with the Eglinton Crosstown, it’s getting its very own station.

Going to the Aga Khan Museum

Right next to the Science Centre station will be the Aga Khan Park & Museum station, which means immersing yourself in art and culture is just a TTC ride away.

Once it’s up and running, the Mount Dennis station will provide connections to UP Express, which takes you right to Pearson. This means subway riders coming from the Eglinton area will no longer have to travel down to the Union or Bloor stations to catch a UP Express train and can instead take a more direct route.

Another Toronto landmark with its own station named after it, Sunnybrook Park, will become much easier to access via public transit now that the Eglinton Crosstown is just a few steps away.

Getting out of Toronto

With connections to the Kitchener, Barrie, and Stouffville GO train lines, Eglinton Crosstown riders can easily catch a train out of the city for a day trip or weekend getaway.

Shopping along the Golden Mile

Scarborough’s Golden Mile shopping district, located on Eglinton, has dozens of stores from grocery to pets to personal care. And rather than having to take a local bus to get there, riders can hop off at the new Golden Mile station.