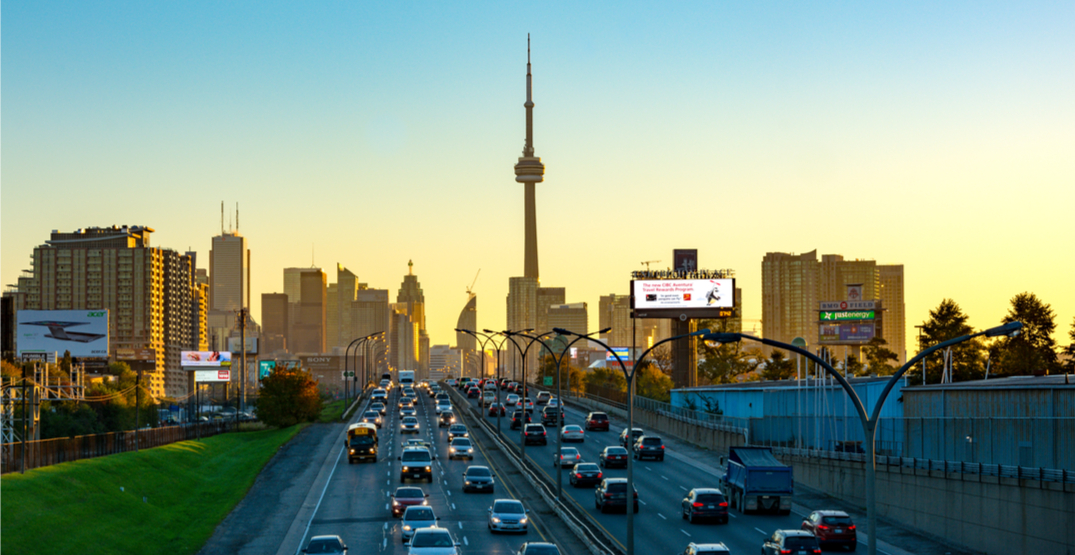 The City of Toronto is going to be shutting the Gardiner Expressway for its fall maintenance this weekend.

According to the city, a full closure of the expressway, from the Don Valley Parkway/Carlaw Avenue to Highway 427/Queen Elizabeth Way, is expected to take place from Friday, November 2 at 11 pm until Monday, November 5 at 5 am.

The full closure of the Gardiner Expressway for one weekend can make improvements and keep the throughway in the best state of good-repair in advance of the coming winter season, said the city.

Over the weekend, traffic-signal timing changes will be made to enhance traffic flow on nearby routes, mitigating traffic congestion associated with the expressway’s closure.

The Gardiner Expressway will be closed this weekend – from 11 p.m. Friday to 5 a.m. Monday – for maintenance & improvement activities. #CityofTO news release: https://t.co/2POze950Fg pic.twitter.com/ygEwH8Ibwm

Some specific activities that will be undertaken during the closure include:
• Paving and resurfacing of approximately 19 “lane kilometres” of roadway
• Line marking on 19,000 metres of pavement
• Inspection of 24 bridges
• Inspection of 48 overhead signs and 11 ground-mounted signs
• Replacement of one overhead sign and two ground-mounted signs
• Construction of eight concrete foundations for future overhead sign support structures
• Sign maintenance for the entire length of roadway (up to 90 signs)
• Maintenance of one variable message sign and nine equipment cabinets
• Installation of 70 traffic-detection loops
• Asphalt core testing and estimates for future surface maintenance
• Repair of approximately 400 metres of guide rail, including end treatments and safety systems
• Mechanical sweeping operations and debris removal
• Inspection, repair and re-lamping of street lights, and
• Pothole repair

Drivers can use Lake Shore Boulevard, the Queensway, Bloor Street and Evans Avenue as alternative routes during the weekend closure.