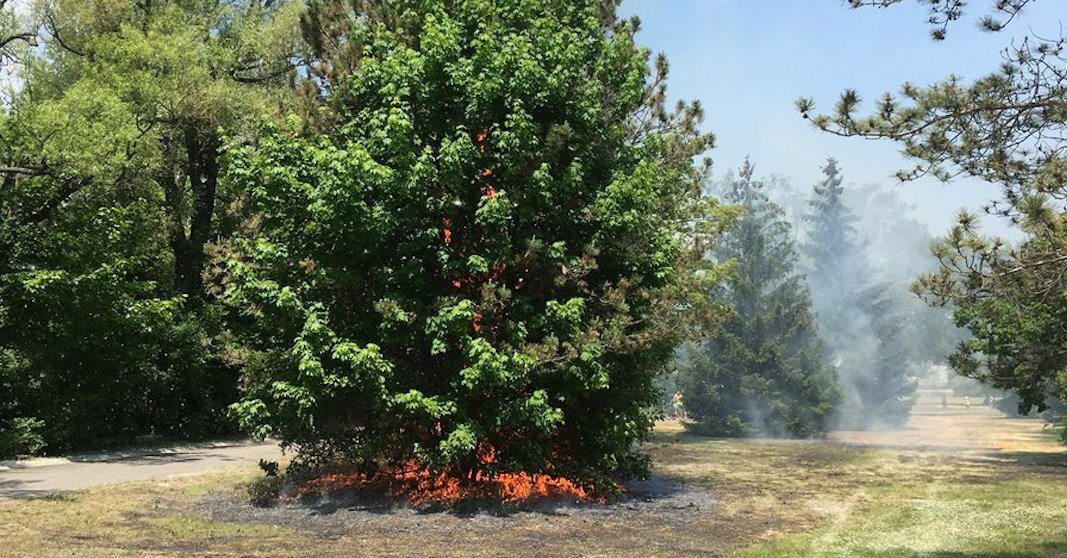 According to Toronto Fire, fire crews were called to Hanlan’s Point Park Trail around 1 pm to put out the grass/rubbish fire.

A tweet from Hanlan’s Point mooring wall advised the public to not throw cigarette butts on the ground as  a butt “might catch on fire.”

Don’t throw your cigarette butts on the ground – it might catch on fire.

Footage shared on social media shows the grass surrounding a tree on fire, which sent plumes of white smoke into the sky.

Holy fuck there’s a grass fire near Hanlan’s beach. The white fluffs and a cigarette most likely. pic.twitter.com/DFdyB5G45X

While Toronto Fire has yet to confirm the cause of the fire, a combination of extreme heat and a cigarette butt is the likely cause.