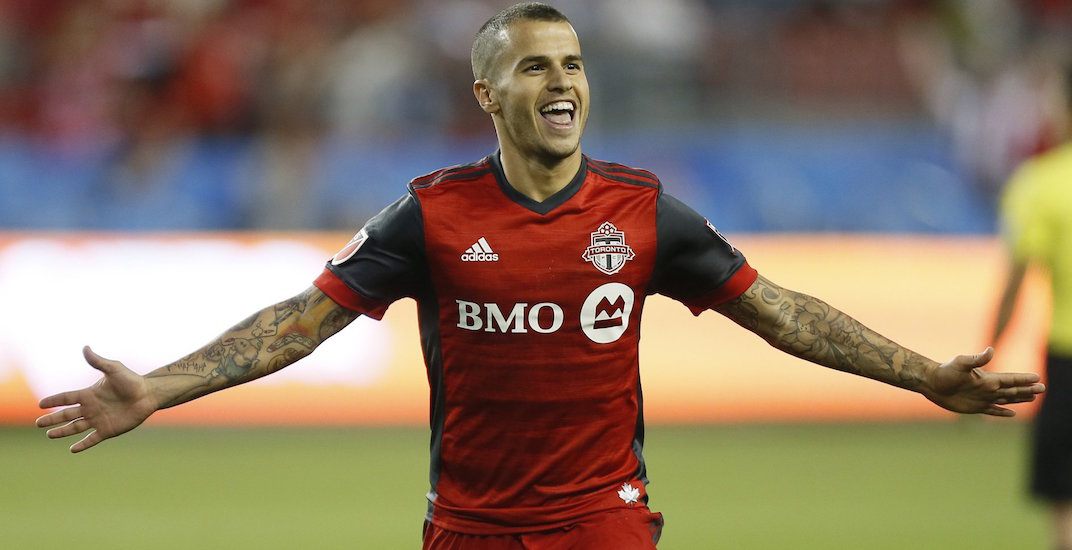 It was an ugly match, filled with anger and controversy on a rain-soaked BMO Field on Sunday.

At the end of 90 minutes, Toronto FC hadn’t scored a goal, New York Red Bulls won the match, and everyone in Toronto went home happy.

Such is life in an MLS two-game aggregate playoff series.

After winning 2-1 in New York, TFC had the upper hand in the second leg. A win, draw, or 1-0 loss would put them through to Eastern Conference Final.

New York won the match 1-0, tying the aggregate score at 2-2, but Toronto advances based on having scored more away goals.

TFC had two goals called back, which angered the hometown crowd.

Toronto will likely play Columbus in the next round.

It was a costly match for Toronto FC, who will play their next match without both Jozy Altidore and Sebastian Giovinco.

Altidore and New York’s Sasha Kjlestan received red cards for a bizarre altercation in the tunnel at halftime.

SEEING RED: Jozy Altidore and Sasha Kjlestan were sent off during the half for violent conduct. #TORvNY pic.twitter.com/vwpWon5oeh

Giovinco received a needless yellow card for arguing with the referee.

Both Altidore and Giovinco will be suspended as a result.