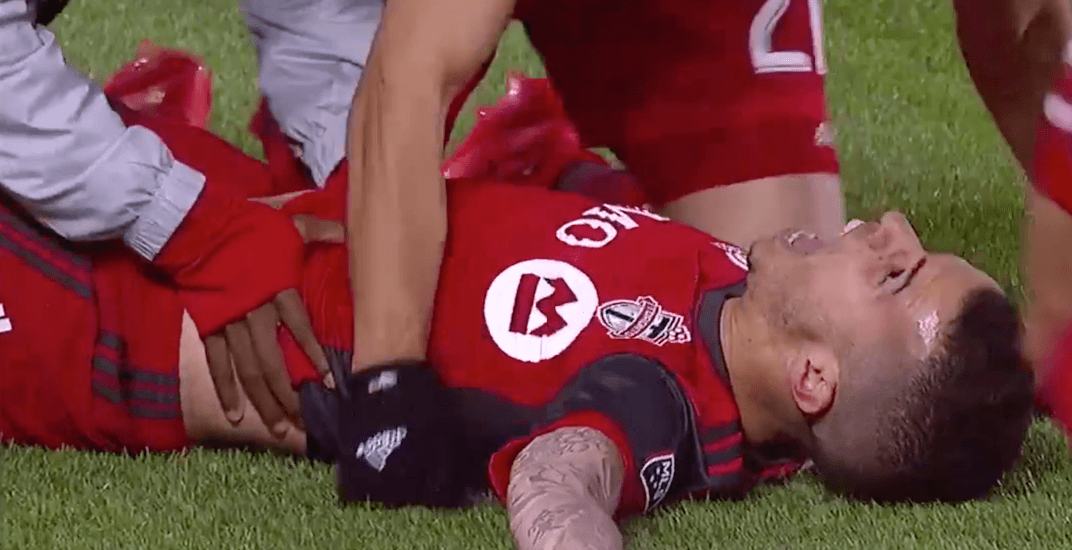 Sebastian Giovinco was the hero on Monday, scoring the game-winning goal for Toronto FC in their playoff opener against the New York Red Bulls. Giovinco’s free kick curled its way into the back of the net in the 72nd minute to give TFC a 2-1 lead, which is how the match ended.

The match was not without drama though.

After Victor Vasquez gave Toronto a 1-0 lead in the eighth minute, New York was awarded a controversial penalty kick late in the first half. Daniel Royer converted the penalty to level the score at half time.

Even after regaining the lead in the second half, it took a heroic save from goalkeeper Alex Bono in stoppage time to preserve the victory.

The 2-1 win puts TFC firmly in the driver’s seat heading into the second leg of the series Sunday at BMO Field.

A win, draw, or even a 1-0 loss would be enough for Toronto FC to advance to the Eastern Conference final.