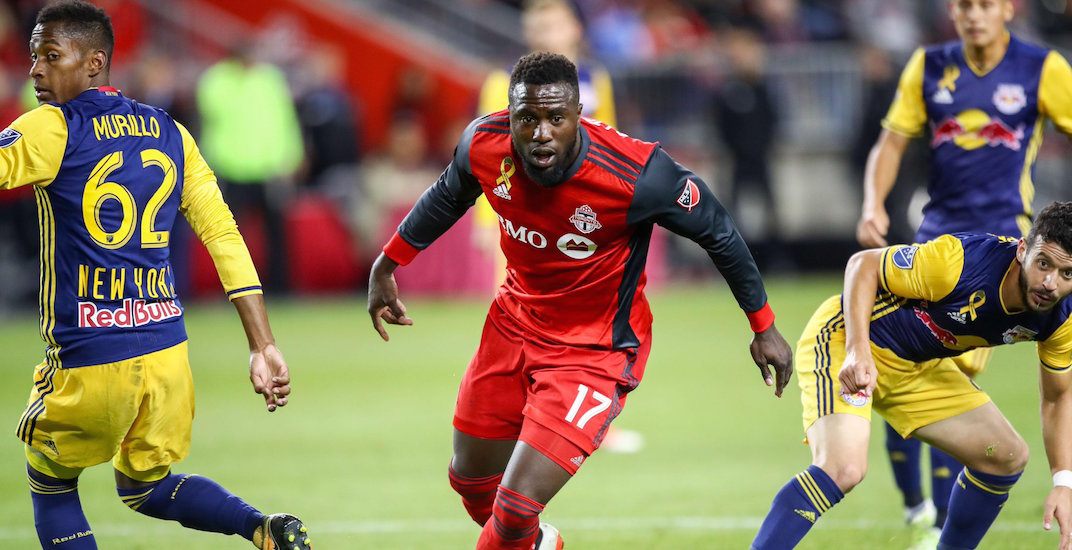 After all, Altidore is not only a star player on an opposing team, he’s a former Red Bulls player. Add in the fact that he was a member of the American national soccer team that recently failed to qualify for the World Cup, and fans have got a lot of ammunition to work with.

And they certainly let him hear it.

“I thought it was a little bit classless, with a place I gave a lot to, and they gave a lot to me, had some good memories,” Altidore said following the match. “But it is what it is. There’s no loyalty anymore. I guess all bets are off.”

Altidore has since elaborated on what made him so upset. Turns out, fans in New York made it personal. Some fans took it too far, bringing religion into the mix.

Altidore, who was raised as a Jehovah’s Witness, abstains from saluting flags on religious grounds. He doesn’t protest the anthem though, rather he stands with his hands behind his back.

“My mother raised us as Jehovah’s Witness, and there were comments being said that my beliefs have no place in this country. It’s ridiculous.”

A disturbing incident happened to Altidore as he was leaving the field.

“There’s a (fan) standing a foot away from me telling me I have no idea what it’s like to represent this country, that I didn’t die for this country and I don’t deserve to be in this country because I don’t put my hand on my heart and that I don’t sing (the Star-Spangled Banner).”

Toronto and New York will face each other once more, Sunday at BMO Field. A win, draw, or 1-0 loss would be enough for TFC to advance to the Eastern Conference Final.