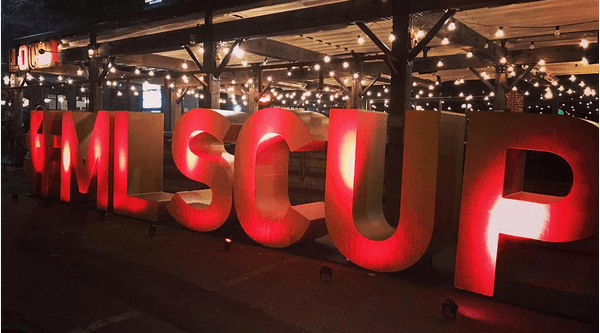 The Toronto ‘Til I Die Pre-Game Street Party and March to the Match will see Toronto FC fans parade through the streets tomorrow afternoon.

In preparation for the 2016 MLS Cup versus Seattle Sounders, Toronto soccer fans can pre-game at a party spilling out onto East Liberty Street from Hannah to Snooker, between the Brazen Head Irish Pub and Local Public Eatery.

The ultimate fan experience kicks off at 3 pm with games, prizes, special appearances and a concert featuring DJ Skratch Bastid. Then at 6 pm, the fanfare will make its way West to BMO Field led by Toronto FC alumni and the 416 Beats drumline.