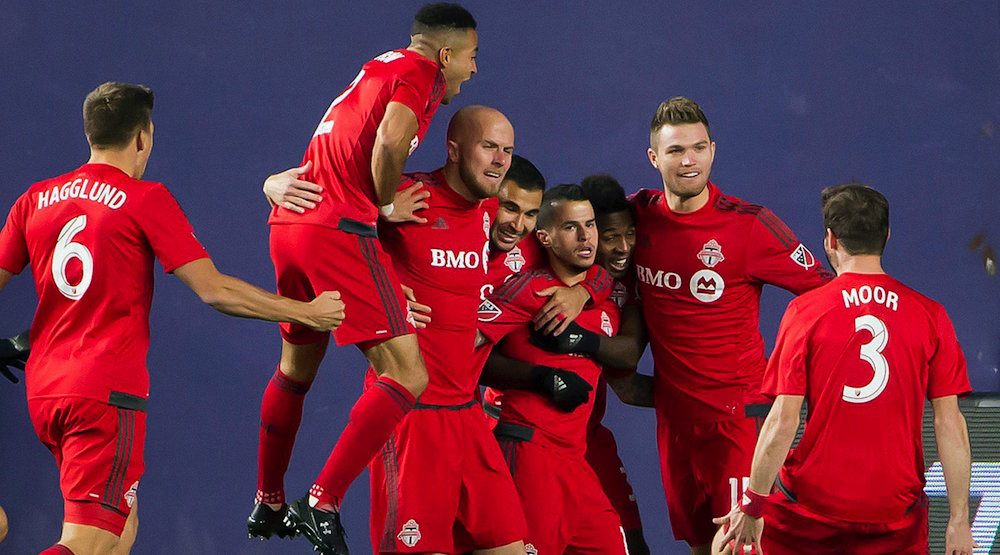 In a wonderful advertisement for MLS in Canada, Toronto FC will advance to the MLS Cup Final after a 7-5 win on aggregate over the Montreal Impact in front of 36,000 spectators at BMO Field on Wednesday.

Montreal entered the match with a 3-2 lead on aggregate. With Toronto FC up 3-2 in this game (5-5 on aggregate), the match went to extra time. TFC scored the only two goals in the extra 30 minutes, sending their club to their first ever appearance in the MLS Cup Final.

The atmosphere was electric in Toronto, as players gutted it out for 120 minutes in the pouring rain.

Armando Cooper struck back for TFC 13 minutes later, tying the match at one (4-3 on aggregate).

Before the end of the half, Jozy Altidore scored to give Toronto a 2-1 lead (4-4 on aggregate).

Eight minutes into the second half,Ignacio Piatti’s shot took a deflection and slowly rolled into the back of the net. It not only tied the game 2-2, but gave Montreal a tie in away goals (5-4 on aggregate).

Nick Hagglund gave TFC a 3-2 lead, levelling things on aggregate (5-5) in this back-and-forth affair in the 68th minute with a well hit header.

TFC was delivered a crushing blow in the 96th minute, when their star player Sebastian Giovinco left the game with an injury. But as fate would have it his replacement, Benoit Cheyrou, scored on a header two minutes later.

Toronto FC will play Seattle in the MLS Cup Final at BMO Field in Toronto on December 10th.