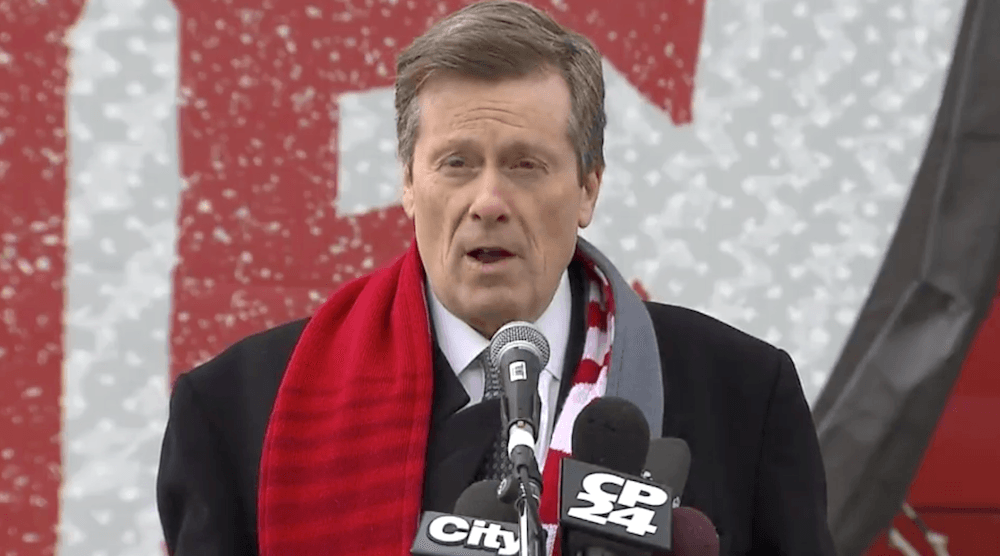 You’ll never guess what the mayors of the two MLS Cup finalists have done.

They’re betting on the game!

As is tradition (it might even be in the mayor’s handbook), Toronto and Seattle’s mayors have placed a wager on the MLS Cup Final between Toronto FC and Seattle Sounders on Saturday.

It’s an overdone tradition that completely lacks originality, but I must say that Toronto mayor John Tory’s trash talking game is on point.

“In the unlikely event that I have to send him anything… I will send him some real beer,” Mayor Tory said regarding his bet with Seattle mayor Ed Murray. “Because a lot of Americans, as you know, have never had the chance to try real beer before, Canadian beer. In this case, Amsterdam beer will be sent to the mayor. And they drink coffee that wouldn’t be categorized as coffee in any Canadian’s mind, so we’re going to send them down some Tim Hortons coffee as well.”

Here’s the Tory’s message to Murray:

.@TimHortons vs. @Starbucks. @Drake vs. @Macklemore. CN Tower vs. Space Needle. @torontofc vs. @SoundersFC. The bet is on @MayorEdMurray! pic.twitter.com/Yfzs1hTixA

Murray has since responded…