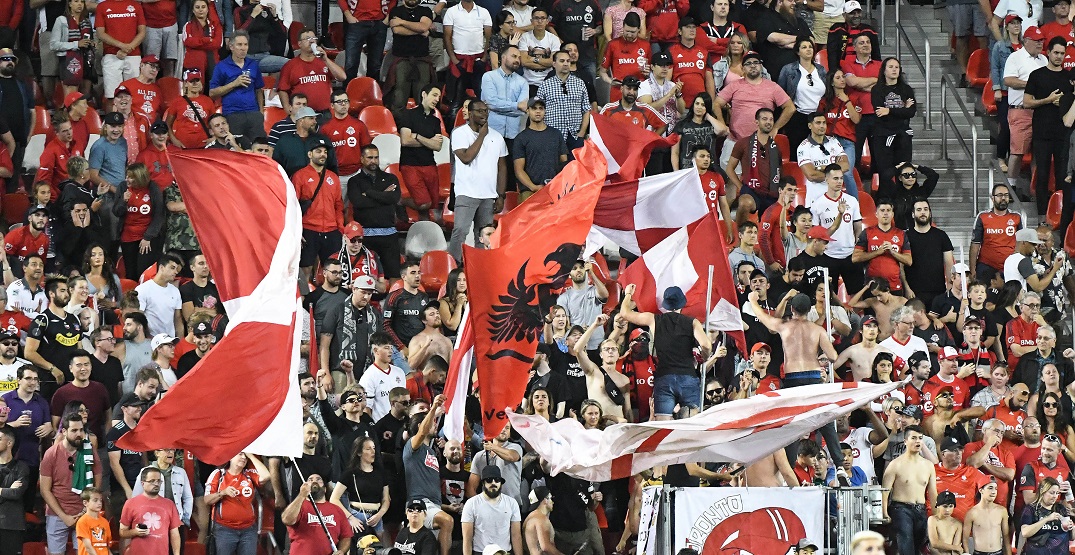 It’s looking like summer nights watching Toronto FC at BMO Field might soon be a reality once again.

During a press conference on Sunday regarding the firing of head coach Chris Armas, team president Bill Manning said the team was in discussions with federal and provincial authorities to start playing home games back in Toronto within the next few weeks.

“I feel that the protocols that we have in place to host games at BMO Field is very strong, and I’m hoping that we can,” Bill Manning (per WakingTheRed.ca’s Michael Singh.)

Toronto has been playing the majority of their schedule in the US over the past two years as COVID-19 quarantine restrictions have presented many challenges for Canadian pro teams.

In August and September of last year, the team played three matches each against Montreal and Vancouver before returning south of the border.

Toronto will be returning to Ontario this Thursday, and are targeting July 17th’s matchup against Eastern Conference foe Orlando City as the potential first game back.

Toronto FC is currently 1-8-2 on the season and sits in last place in both the Eastern Conference as well as the MLS as a whole. They have played four home games so far at Orlando’s Exploria Stadium.

The NHL’s Montreal Canadiens were the first major Canadian team since March of 2020 to have frequent travel between countries, doing so in their third-round playoff series against the Vegas Golden Knights.

While nothing in regards to crowd sizes or restrictions has been confirmed, this is a great sign for sports fans in the city who have been striving for any sort of action in-person.

The Government of Ontario confirmed 213 new COVID-19 cases and nine virus-related deaths on Sunday morning, while just over 5.5 million people in the province have now been fully vaccinated.