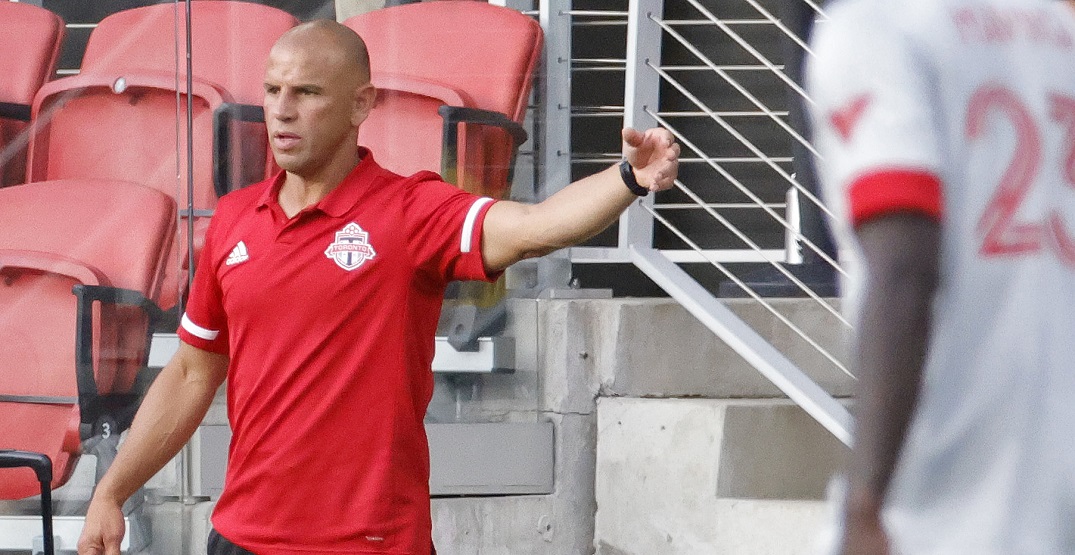 Toronto FC has officially parted ways with head coach Chris Armas, releasing a statement on Sunday afternoon of his dismissal.

The news comes less than 24 hours after the worst defeat in franchise history: a 7-1 loss at the hands of D.C. United.

Toronto FC fell behind 3-0 and never fully recovered, with Ayo Akinola’s marker not enough to do anything close to mitigate the damage of four second-half goals.

“We let ourselves down,” Toronto captain Michael Bradley said following the loss. “We let our fans down and we let everybody who follows us down. Not even close to good enough, not who we are, and I’m sorry. When you play like that — when you lose like that — words mean nothing afterwards.”

Armas finished his Toronto FC tenure with a less-than-desirable record of 1-8-2 in MLS competition. The coach of New York Red Bulls in 2019 and 2020, the 48-year-old American never really seemed to connect with his roster as the team repeatedly looked out of sorts.

Armas was brought into the fold in January after popular coach Greg Vanney resigned last December.

Toronto is currently in last place in MLS, with just five points on the season through 11 games. After finishing last season second in the Eastern Conference and with MLS Cup appearances in 2016, 2017, and 2019, it’s safe to say Armas wildly underperformed expectations.

Toronto FC’s official statement is below:

“Toronto FC announced today that the club has relieved Chris Armas of his duties as Head Coach, effective immediately,” the statement read.

Toronto has been playing much of their second consecutive season away from home, due to border issues related to the COVID-19 pandemic. Maybe Armas would’ve done better in front of Toronto’s traditional home crowd, but we’ll never really know.

More will be announced later today at a 4 pm press conference.