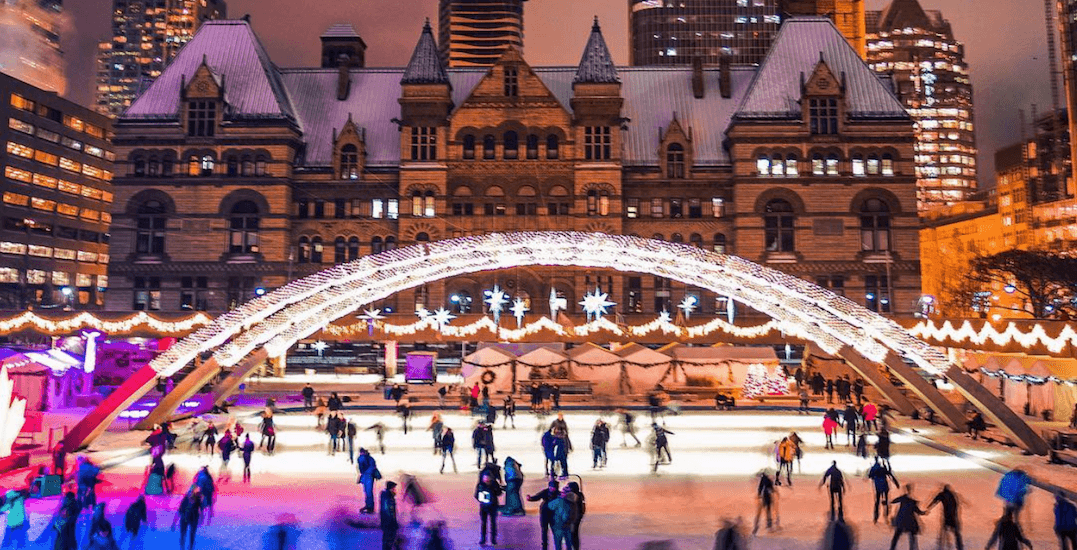 It’s the final Saturday of the year!

So say goodbye to 2017 and give a welcome hello to 2018 by checking out the biggest events happening in Toronto today, Saturday, December 30.

What: Today is the final day to see this beloved holiday classic. A Christmas Carol is taking the stage at Toronto’s Elgin Theatre this evening. Ross Petty Productions will be putting on their unique takeonf the story this holiday season. Cyrus Lane will make his Petty Panto debut as everyone’s favourite Christmas curmudgeon, Ebenezer Scrooge.

What: Come explore the brilliance behind the dramatic Christian Dior designs that revived the Paris haute couture industry following the Second World War, at the ROM’s latest exhibit, which officially begins this Saturday.

What: Toronto’s hottest skating party returns this Saturday, with a special DJ set from Luxelife Sound. The best part? There’s no guest list, no dress code, and no cover. So lace ’em up, and head on down.

What: Kick off the weekend by getting a serious dose of nostalgia at this live WWE match. While your favourite WWE wrestlers from the 90s won’t technically be there, it’ll be an action-packed evening with 12 WWE wrestlers.

What: If you can’t wait to start ringing in the New Year, you’re going to want to head to NB4NYE, which is the most epic night before New Year’s Eve party in Toronto. The party is happening at Fly 2.0 with DJ Eddie Martinez.

What: Come and say goodbye to a terrible year in the best way possible, by rocking out to the greatest punk jams of all time, all night long.