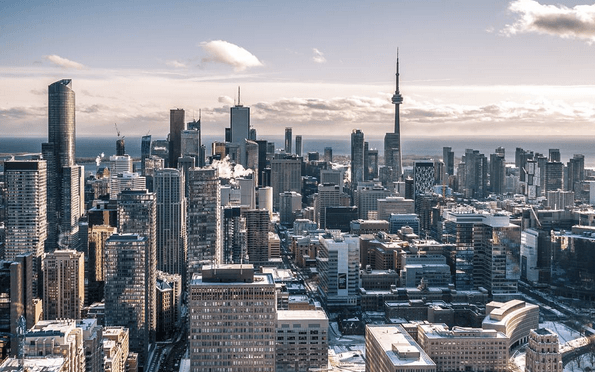 Get to know your beautiful city a little better in 2017. Each month, we feature events and festivals for you to check out.

And kick it all off with these January events!

The annual Toronto Polar Bear Dip tradition returns in support of Habitat for Humanity. Since 2005, the Toronto Polar Bear Club has raised almost $370,000 – funds that have gone directly to build projects in the Greater Toronto Area. Get ready to try this rare hangover cure.

Where: Sunnyside Beach
When: January 1 at noon

What a perfect way to start off the New Year of 2017 & set a clear intention for your self-care. This is also an opportunity for Leslieville Yoga to thank students for their loyalty and support and invite new students to the studio and their amazing yoga community.

Where: Leslieville Yoga, 241 Leslie Street
When: January 1 at 2 pm

Mark the start of the year with the outdoor NHL game featuring the Toronto Maple Leafs taking on the Detroit Red Wings! The game is a celebration of the centennial season of the Maple Leafs and the beginning of the NHL’s centennial year.

Where: Exhibition Stadium, 170 Princes’ Blvd
When: January 1 at 3 pm

Where: Factory Theatre, 125 Bathurst Street
When: January 4 to 15

It’s almost time for the annual No Pants Subway Ride! Breaking free from the leg jail, the No Pants Ride tradition returns this month. The event, happening all over the world, is “a celebration of silliness to bring a smile to commuter’s faces.”

Where: TTC – further details will be on the event page.
When: January 8 at 3 pm

It’s been one entire year since Major Tom drifted into space forever. David Bowie stage-managed his fascinating life to the very end, leaving with his parting gift of the momentous and haunting Blackstar album on January 8 last year, his 69th birthday. To that end, The Royal is celebrating Bowie’s 70th birthday in style, with a screening of the legend’s first “death” – David Bowie’s final electrifying performance as Ziggy Stardust in 1973 at London’s Hammersmith Odeon Theater.

Where: The Royal Cinema, 608 College Street
When: January 8 at 7 pm

San Junipero is a party town and this party won’t end at midnight. If you’re still dehydrated from crying through the end of Black Mirror’s San Junipero episode, then head to the Gladstone and have some drinks, dance your cares away and realize that heaven is a place on earth!

Where: Five installations on Queens Quay from Yonge Street to Bathurst Street
When: January 21 to February 26

Winter fun at the Brick Works! This event includes workshops, storytelling, skating, and cooking! Fun for the whole family.

Tennessee hip-hop producer and recording artist brings his sound to Toronto this month. Rashad released his debut studio album, The Sun’s Tirade, last fall and record peaked a number 17 on the Billboard 200.

Where: The Phoenix Concert Theatre, 410 Sherbourne Street
When: January 26 at 8 pm

CNTV Chinese New Year Gala 2017 is the largest and the costliest extravaganza for the Chinese Community. Over eight hundred of elite artists from Mainland China and Canada perform in this most preeminent social networking event of the Chinese community in the year.

Where: The Sony Centre for Performing Arts, 1 Front Street East
When: January 27 at 8 pm

The Toronto Light Festival is a brand-new event which will transform the Distillery District into a huge open-air gallery, lighting up the long Winter nights with works from Canadian and International light artists.

Where: The Distillery District
When: January 27 to March 3

The annual city-wide prix fixe promotion returns January 27 to February 9, 2017 and while multi-course menus are the main event, a line-up of food-focused events are also among the highlights. Don’t miss it!

Where: Various locations
When: January 27 to February 9

Monster Jam brings high-octane entertainment to fans around the country. These action-packed live events showcase some of the most recognizable Monster Jam trucks, including Grave Digger, Max-D and many more, performing jaw-dropping displays of gravity-defying feats.

Yoga Untapped returns to Steam Whistle. Bring your mat, and join a morning yoga session at the brewery! Namaste.