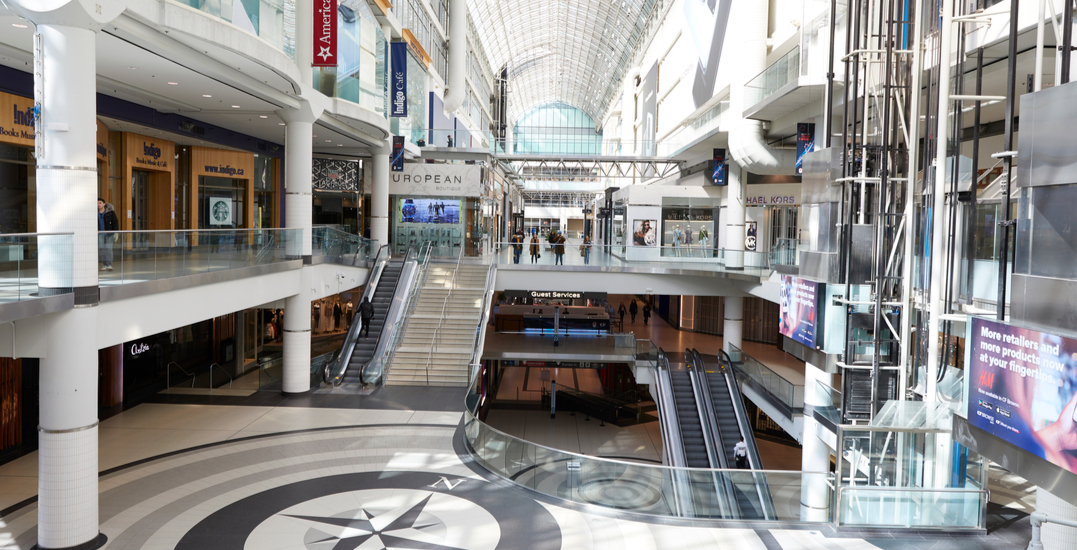 An employee within Toronto Eaton Centre’s Nike store has reported testing positive for coronavirus, this afternoon.

According to a letter sent to retail stores, obtained by Daily Hive, Cadillac Fairview confirms an employee had tested positive for the virus and had worked in the store last Friday.

“Our management team was notified about a confirmed case of COVID-19 at the Nike premises. To our knowledge, the employee last worked on October 16th, 2020,” read the letter.

“At the same time, CF has undertaken extra cleaning of all elevator banks, food court tables, common area seating, doors and stair railings, and all other high-touch points in the complex. At this point in time, no further action is required and the building can remain open for business.”

Several retailers have confirmed coronavirus cases on its premises in the last few months such as Uniqlo, Sephora, Urban Planet and Footlocker.

This past week Toronto’s Public Health said the positivity percent figure for Toronto, which determines a percentage of positive cases of coronavirus per 100 people in a week, stands at 4.4%, from October 11 to October 17.

The province had recently noted that 2.5% is the “high alert” range for jurisdictions, which is also why some regions are working with modified stage 2 restrictions.

Premier Doug Ford spoke on Toronto’s positivity rates and shared his concern for the numbers.

Daily Hive has reached out to Cadillac Fairview for further comment.