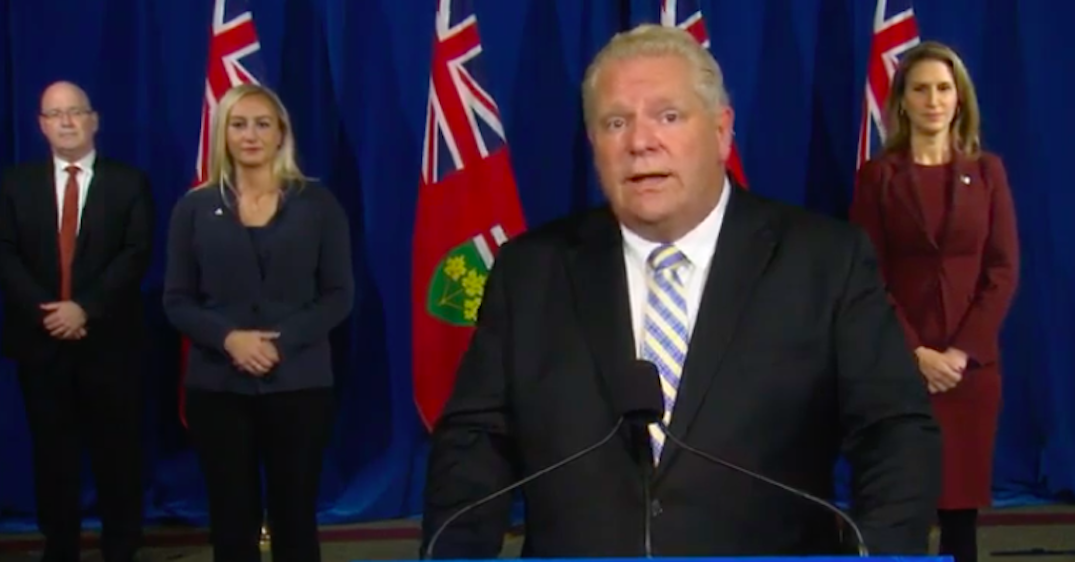 On Thursday the premier said, “I am super concerned. I look at these numbers every day. I wish I could tell you what’s gonna happen two weeks down the road.”

He added that “people have to follow the guidelines and work together.”

“I’m concerned, I’m definitely concerned, and it’s why it’s so important to see the guidelines.”

However, Ford said that 100,000 rapid tests coming to the province soon, will be prioritized in rural and Northern Ontario as well as vulnerable populations in long-term care and congregate care settings.

“The 100,000 is the first shipment. We want to see millions coming to Ontario. I was pushing Health Canada like no other premier in this country,” he said.

“Thank you, Health Canada, for listening. We need more kits from Abbot.”

Ford noted that if the virus spreads in rural or remote communities, especially for First Nations, they will be in “deep trouble up there.”

On Wednesday, Toronto’s Public Health said the percent positivity figure for Toronto – the percentage of positive cases of COVID-19 per 100 individuals tested in a given week – is at 4.4%, for the period from October 11 to October 17.

The province has noted that 2.5% is the “high alert” range for jurisdictions and is part of the decision making to put some regions back to a modified Stage 2.