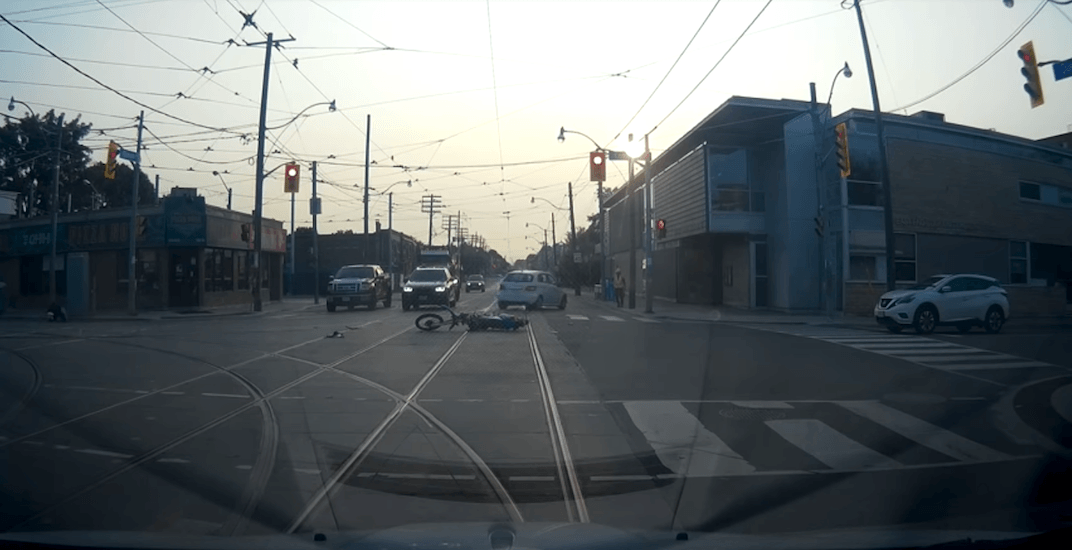 A dash-cam captured a shocking collision between a motorcycle and a car in Toronto’s east end Monday morning.

The video, which was posted on YouTube, shows a motorcycle driving through the intersection of Queen Street East and Coxwell Avenue and crashing into a white car that’s trying to turn left.

The driver of the motorcycle is propelled into the air following the collision, flipping several times before landing several feet away on the side of the road.

Toronto Fire responded to the collision just before 7:30 am.

Following the collision, streetcar service in the area was halted. Full service has since resumed.

Route 501/504: Major delays near Coxwell Ave due to a collision.