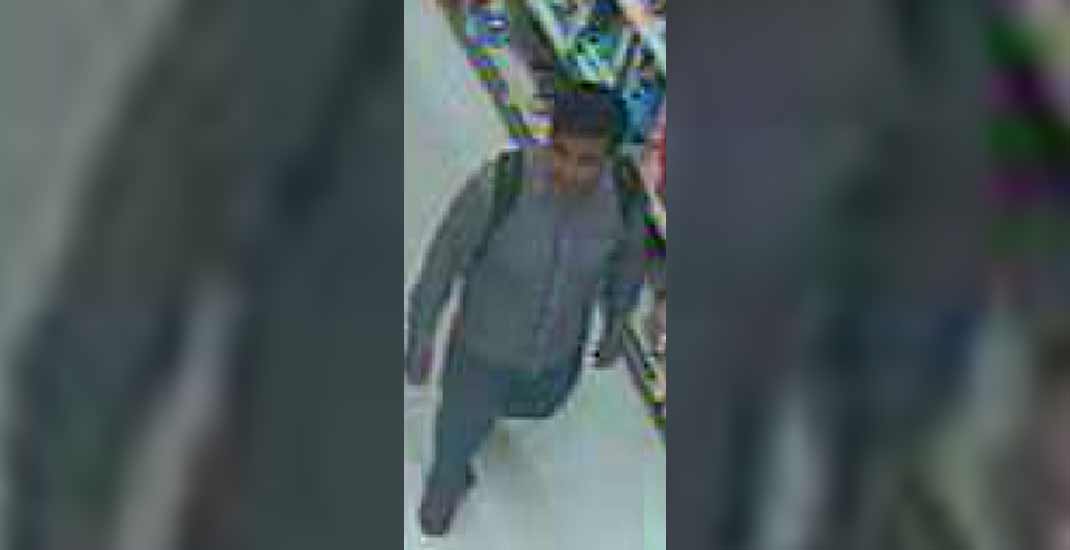 Toronto Police are asking for the public’s assistance in identifying a man wanted in a sexual assault investigation.

According to police, an 8-year-old boy was sexually assaulted in the toy section of a department store in Etobicoke.

Police say that on Thursday, August 16, at 10 am, officers responded to a call for a sexual assault in the Islington Avenue and Rexdale Boulevard area.

It’s reported that a woman was shopping in a department store with her 8-year-old son in the toy section, when he was followed around by an unknown man.

He was then sexually assaulted, according to police.

The man is described as 5’9″, with a medium build and short black hair. He was clean shaven. He was wearing a bluish/grey button-up shirt, blue jeans, and a dark backpack.