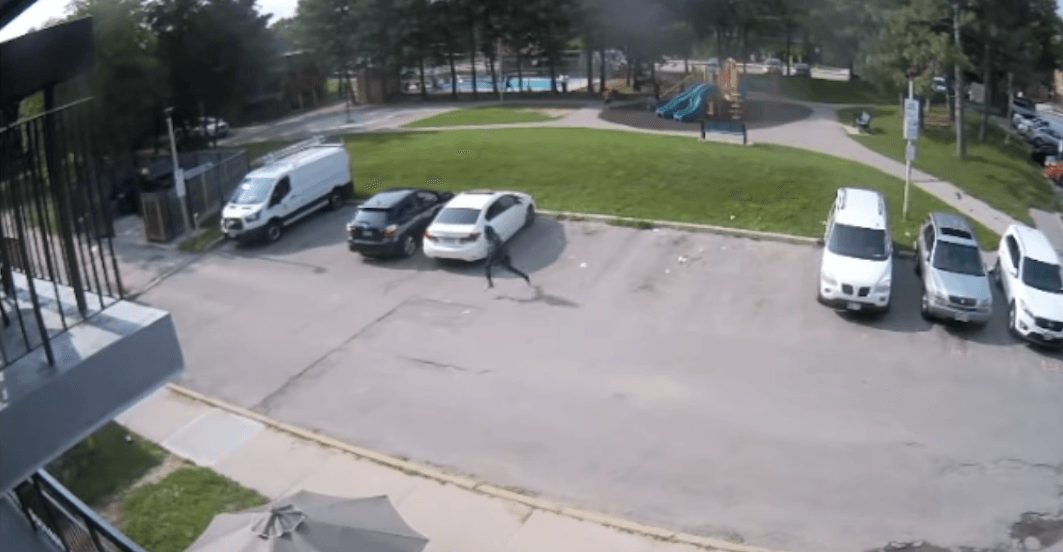 The Toronto Police Service has asked the public for assistance with an attempted murder investigation, after releasing shocking security footage that shows a daytime drive-by shooting in North York.

According to police, on Saturday, August 11, just after 5 pm, officers responded to multiple radio calls for the sound of gunshots at a housing complex in the Tree Sparroway and Leslie Street area.

Two men took themselves to a nearby hospital with non-life threatening injuries shortly after the incident. Police say no one else was injured in the shooting, but CCTV recordings show how close bystanders were from being shot.

In security footage released by police, a dark Mercedes Benz can be seen backing up inside an underground parking garage before someone begins opening fire at two men standing near parked cars.

The footage cuts to two men running from the scene. The Mercedes following after them, with someone continuing to fire rounds.

The two men can be seen running through the complex past a playground, where children can be seen fleeing as rounds continue to be fired.