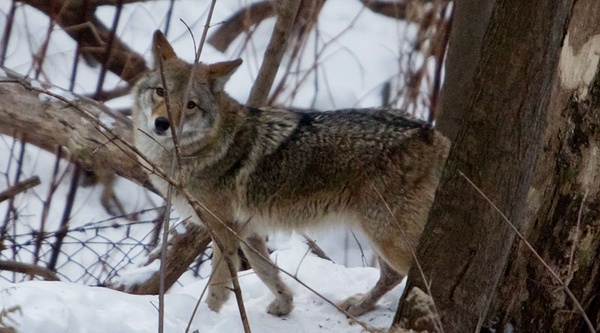 The City of Toronto tweeted out a reminder this week that coyote sightings are totally normal at this time of year.

Sightings of coyotes are normal in parts of Toronto this time of year. Check out steps to reduce encounters at https://t.co/ww003wXCRa pic.twitter.com/b52rEBluaO

The tweet redirects to the City’s website regarding wildlife which notes that, “Coyotes are active during the day and at night.  They do not hibernate and may be seen more often during winter months as they are not hidden by foliage and because fewer people are outside. […] Coyotes mate in January and February and are more active and visible during this time.”

On the prospect of seeing a coyote and what to do if a coyote approaches, the City offers the following advice,

Remember: Coyotes are naturally timid animals and will flee when confronted with aggression.