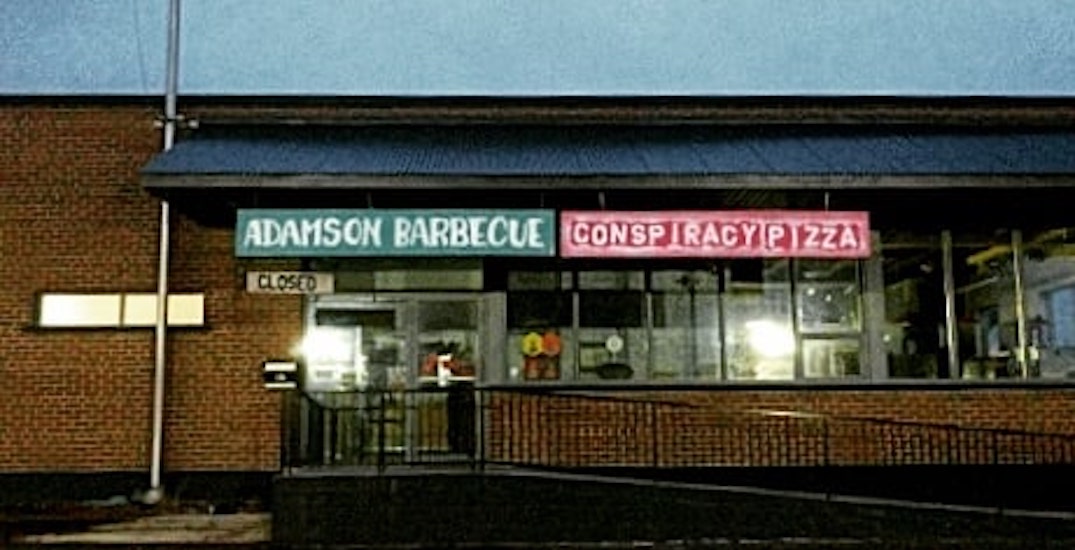 A Toronto pizza shop that shared its space with the infamous Adamson Barbecue name has closed its restaurant due to recent events.

Conspiracy Pizza, located at 176 Wicksteed Avenue, has announced that effective immediately, their location will be closing due to events beyond their control.

“It has become clear that we can no longer guarantee the safety of our staff or customers in the face of a quickly escalating pandemic,” said owner Dan Rios in a statement issued on their site.

“I want to thank our customers for the endless support you have given us since we first opened our doors and especially over the past year. Your generosity and kindness has kept us going through this challenging time.”

Earlier this year, Conspiracy Pizza was dragged into social media drama after Adamson Barbecue issued some derogatory and offensive tweets off of the business account.

Though the two share a space, Adam Skelly, Adamson BBQ’s owner, assured there is no financial connection to the pizza joint and that their views differ between his and Rios.

In November, Adamson BBQ once again was the centre of attention after Skelly reopened dine-in services despite Toronto’s lockdown measures.

Anti-mask protests were held outside its Etobicoke location, fines and charges were laid on Skelly and he was eventually arrested after three attempts to open the locale.

Despite the news, Rios assures that this is not the end of Conspiracy Pizza and that they will be “back better than ever at a new location.”