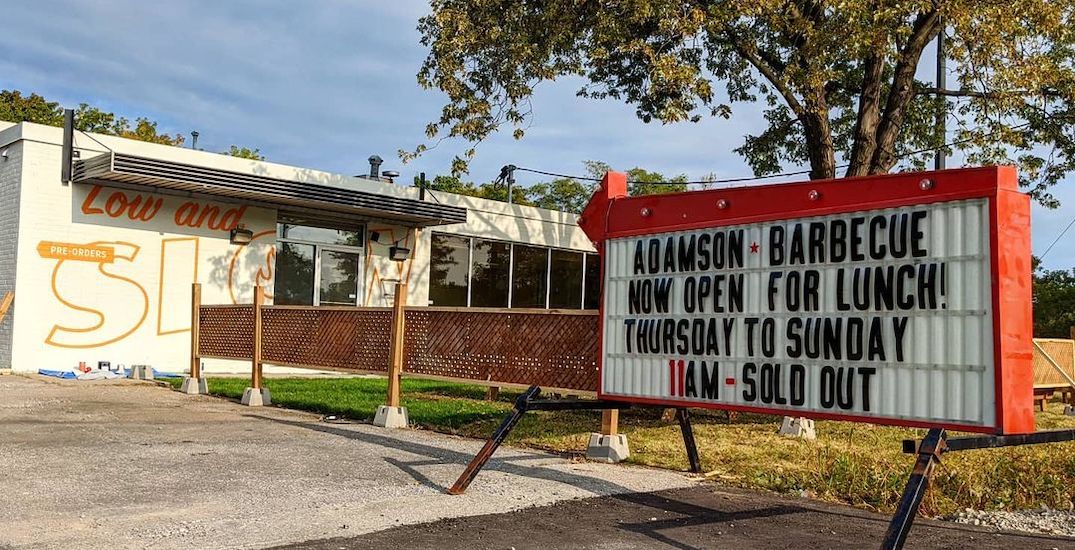 The Etobicoke restaurant that caused quite a stir after opening dine-in services amid lockdown measures has been ordered to shut down, and now plans to reopen on Wednesday.

Under Section 22 of the Health Protection and Promotion Act, Adamson Barbecue was ordered by Toronto’s Medical Officer of Health to shut down operations on Tuesday after both Toronto Public Health inspectors and Toronto Police arrived at the restaurant to conduct an investigation, according to a news release.

Despite the order, in an Instagram story, Adamson Barbecue states that they are open once again on Wednesday. 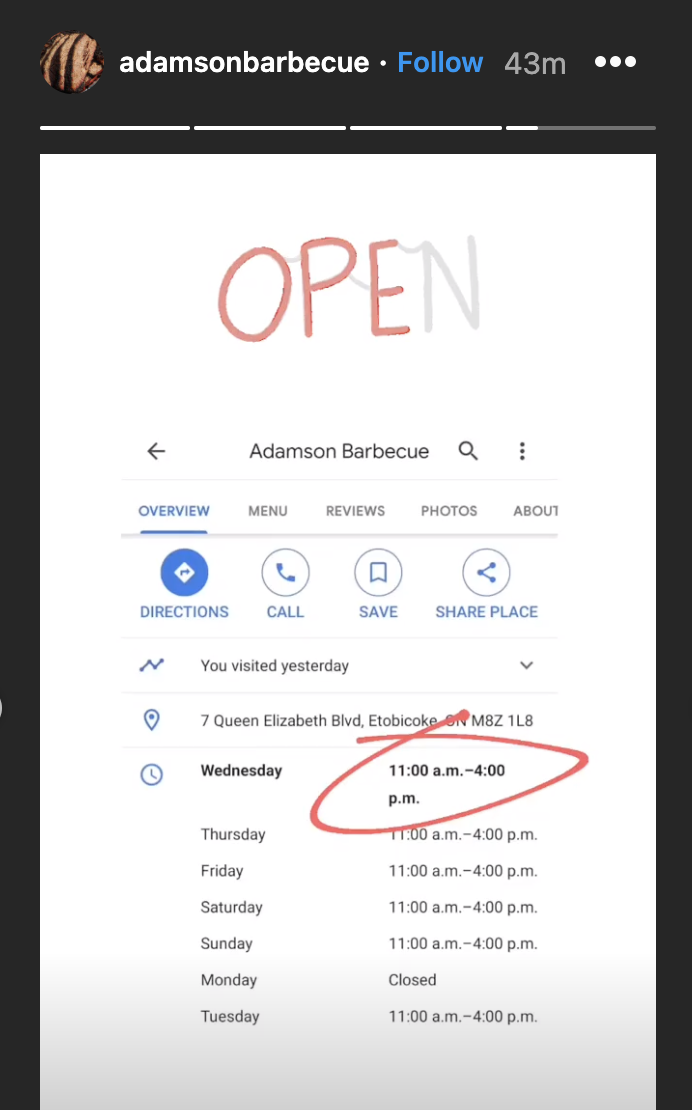 Word of the restaurant’s initial reopening began circulating after Adamson Barbecue owner, Adam Skelly posted a video on Instagram, stating that though he has abided by lockdown rules before, this time around he would not be doing the same by opening dine-in services.

“I complied with the two weeks to flatten the curve. I complied again during the ‘second wave’ when we locked down when Doug Ford promised us that there would be supporting evidence to shut down the restaurants, bars, and gyms. He didn’t provide it,” claimed Skully earlier this week.

“We’re opening for anyone who is a fan of freedom, sovereignty, the right to choose what you wear, where to go, who to have over at your house, what businesses you can go to.”

According to the city, the establishment had opened its doors for customers to dine-in eating in “contravention of the law” which was set to help stop the spread of COVID-19.

“An investigation was immediately launched when the restaurant was found to be operating in contravention of the Reopening Ontario Act, providing both indoor and outdoor dine-in service, with many patrons not wearing masks and not practising physical distancing,” read the news release.

Premier Doug Ford shared his thoughts on the matter during Tuesday’s press briefing, stating that although he thinks it is “not fair” for local businesses at this time, the rules must be followed to help stop the spread.

“I just want the guy to shut down. I’m not going to get up here and start pounding on a small business owner when the guy is holding on by his fingernails,” said Ford.

According to the city, they are also investigating Adamson Barbecue for “compliance with business licensing, zoning, public health, Ontario Building Code and the Ontario Fire Code requirements.”