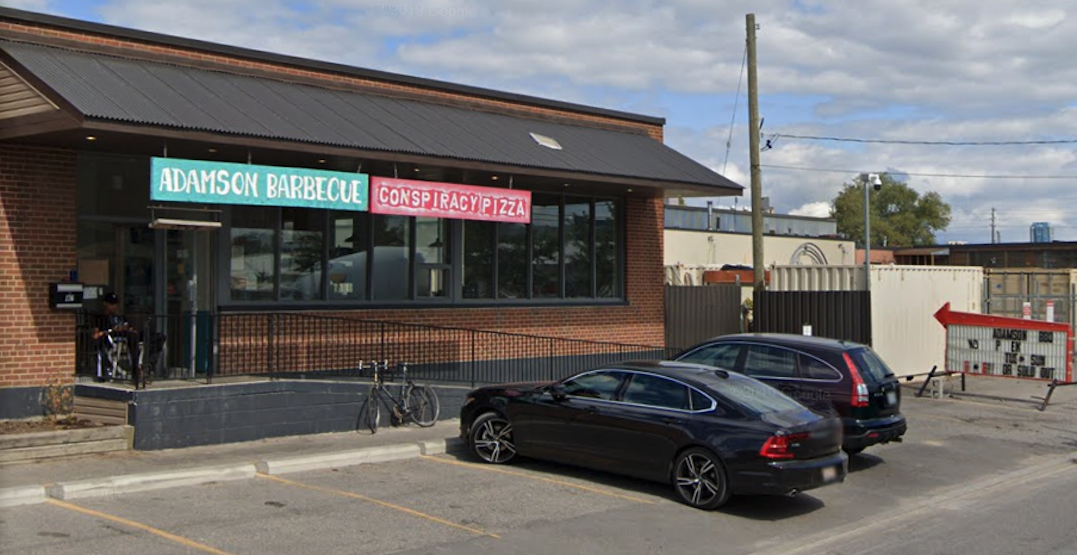 Adamson BBQ’s Adam Skelly has issued an apology after he shared derogatory posts on Twitter on Monday.

The tweets used offensive language in attempts to challenge differing perspectives about the ongoing COVID-19 pandemic, and were shared from the business’ profile.

Backlash came from many, including well-known restauranteur Jen Agg, and a number of individuals who said they were fans of the eatery but would no longer be returning.

Some who were angered by the content of the tweets made connections between Adamson’s BBQ and neighbouring business Conspiracy Pizza — a situation that, Skelly says, prompted him to completely delete the BBQ joint’s Twitter account.

He maintains that he has no financial connection to Conspiracy and, in fact, his views stand opposite to those of the pizza spot’s owner, Dan Rios.

Skelly’s apology describes his own comments as “insensitive, inappropriate, and not indicative of [his] character as a resident and business owner.”

He wrote that he knows an apology doesn’t take back the comments he made, and that he realizes he “must do better in seeing what is truly going on around us and be more sensitive to everyone.”

In closing, Skelly said he will show everyone that this occurrence was isolated, and he hopes the community will continue to allow him to “keep doing what [he] loves.”

The apology is paired with the caption: “No excuses. I’m sorry.”