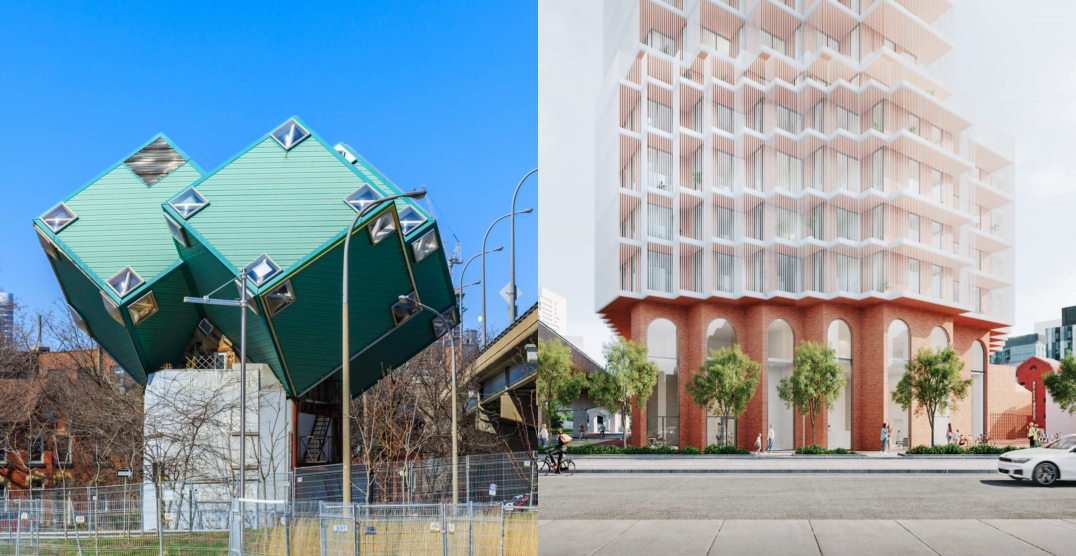 Toronto’s bizarre cube house could soon be replaced by a much larger residential building if all goes to plan for a developer hoping to build on the wedge-shaped property.

Markee Developments has filed plans with the city to redevelop 1 Sumach Street, located in Toronto’s Corktown neighbourhood, into a large-scale residential development with both market-rate and affordable units. 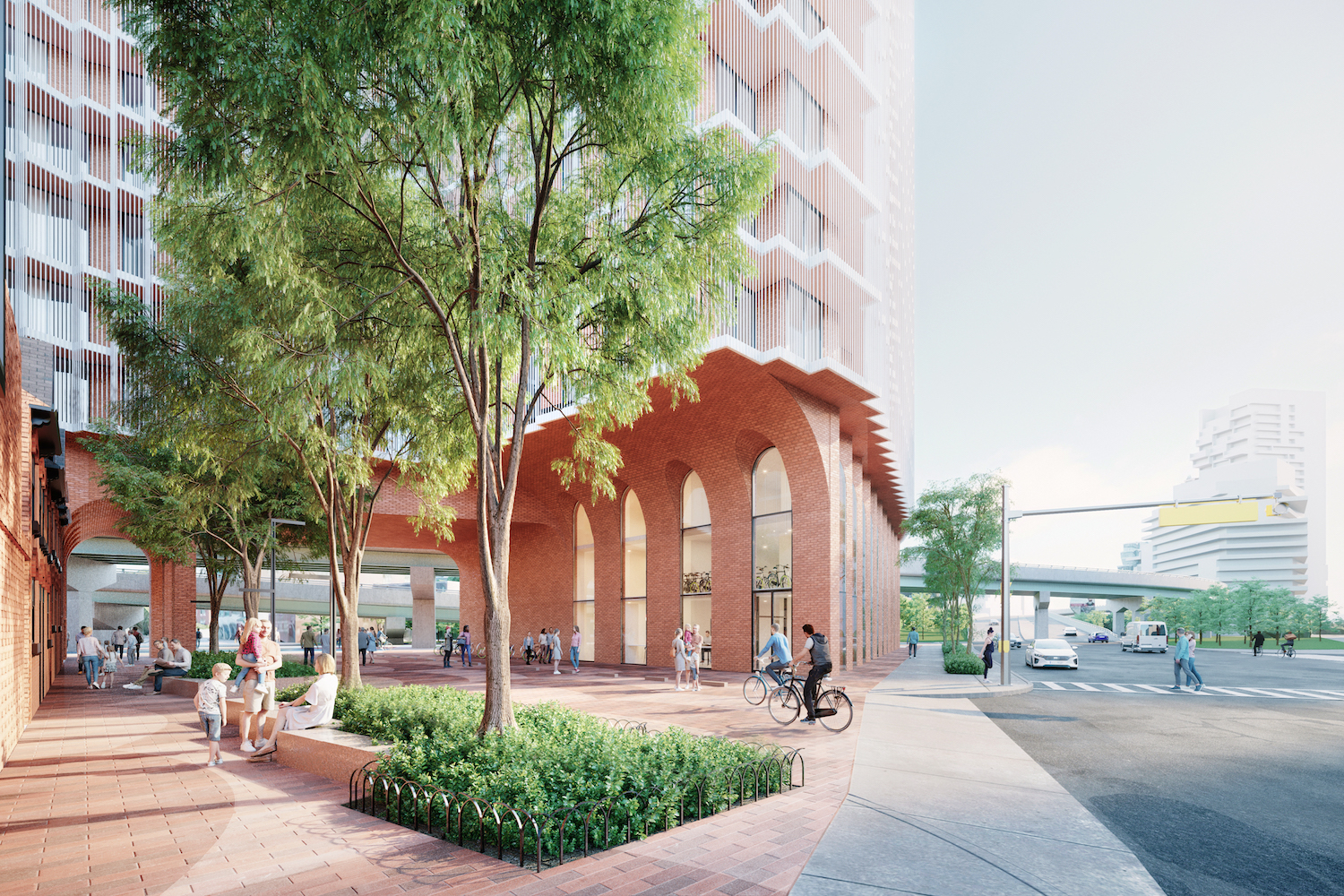 The awkwardly-shaped plot of land requires an interesting design to accommodate it, so the architect, gh3*, designed a six-storey podium on the south side, connecting to a 12-storey podium extending north with a 35-storey tower sat atop of it. The development will house 324 market-rate condo units and 119 affordable rental units that will be kept affordable in perpetuity.

Markee Developments co-founder Jennifer Keesmaat says that ensuring the units stay affordable, compared to other developments where the affordability is set for a certain number of years, was a top priority.

“My big concern with policy frameworks that limit the period of time of affordability, is it actually means there’s going to be a period in time when those units flip back to the market,” Keesmaat told Daily Hive.

“It seems to be a bit of a bizarre assumption that we won’t have an even greater affordable housing issue 20 or 30 or 40 years from now. So it actually means you’re making the problem even worse later on in the future because we’ll be removing affordable units from the market probably at a time when we need them even more than we need them today.” 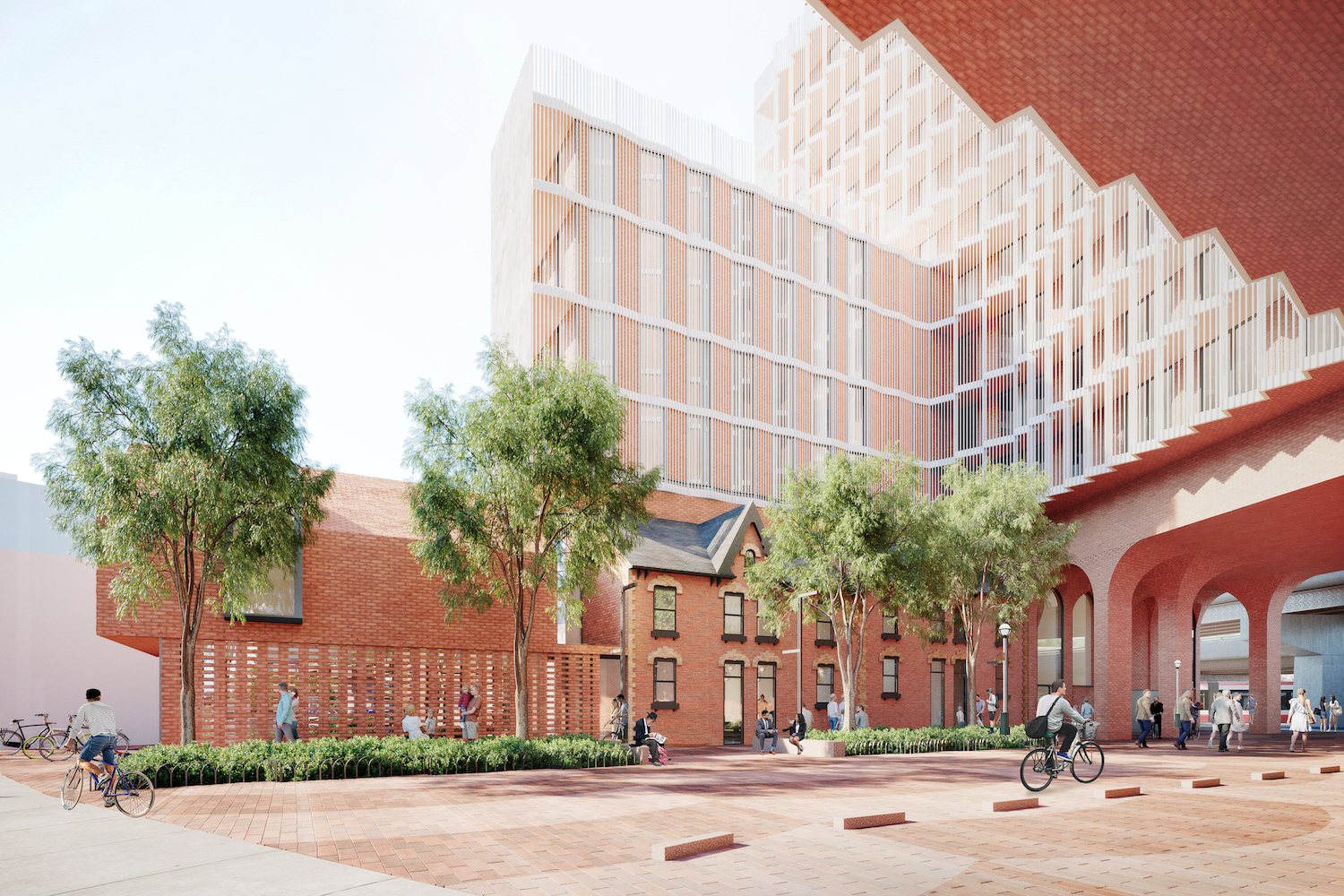 The design incorporates existing victorian houses on the property, but the unusual-looking cube house that’s there will need to be removed before the development can go ahead. As it turns out, the cube house was actually designed to be moved, so tearing it down won’t be necessary.

“For those who are fans of the cube, the good news is that it can be moved to another site in the city, and we’re very open to that,” Keesmaat said. “We’re interested in, quite frankly, gifting cube to, a party that is interested in it, whether that be the architect or the City of Toronto.” 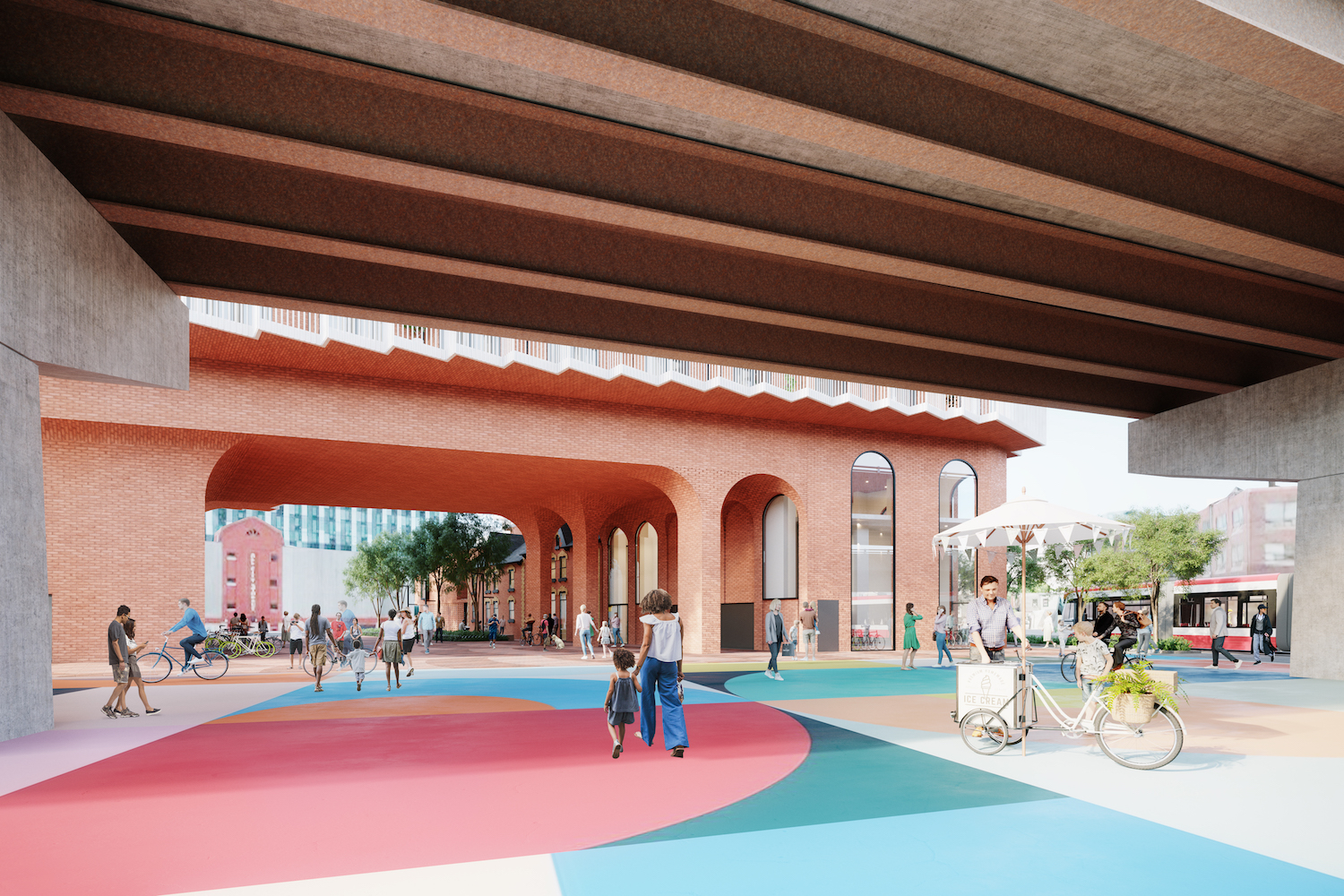 Keesmaat hopes that redeveloping the site will not only bring more housing to Toronto but allow them to revitalize the surrounding area under the highway overpass. Her team has already been in contact with the company that oversees the Bentway to negotiate what can be done there.

“Because of that adjacency that our site has, it actually presents an opportunity to make that public space a much larger,” Keesmaat said. “And that’s important to the place-making opportunity on our site because it’s the connection to the north.”

If all goes to plan, Markee Developments hopes to have shovels in the ground by the end of 2022.