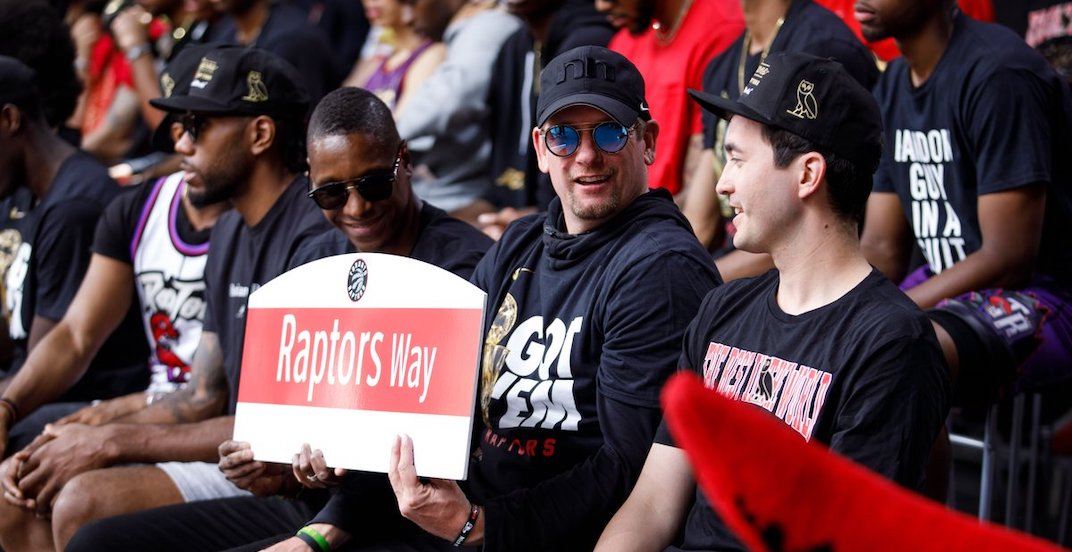 Toronto is about to get its second street named after a pro sports team.

And sports fans will be happy to know it was a slam dunk vote and the motion was approved without amendment.

Raptors Way will run from York Street to Lake Shore Boulevard West, just outside of Jurassic Park, and will honour the 2019 NBA Championship team.

Today, City Council will vote on my motion to dedicate Bremner Boulevard outside the Scotiabank Arena as @Raptors Way. https://t.co/I6BnZIqBju #WeTheNorth pic.twitter.com/5imbbOfagT

According to the motion, all the street name signs on Bremner Boulevard will reflect both the official street name and the ceremonial name. The signs will also be Raptors red.