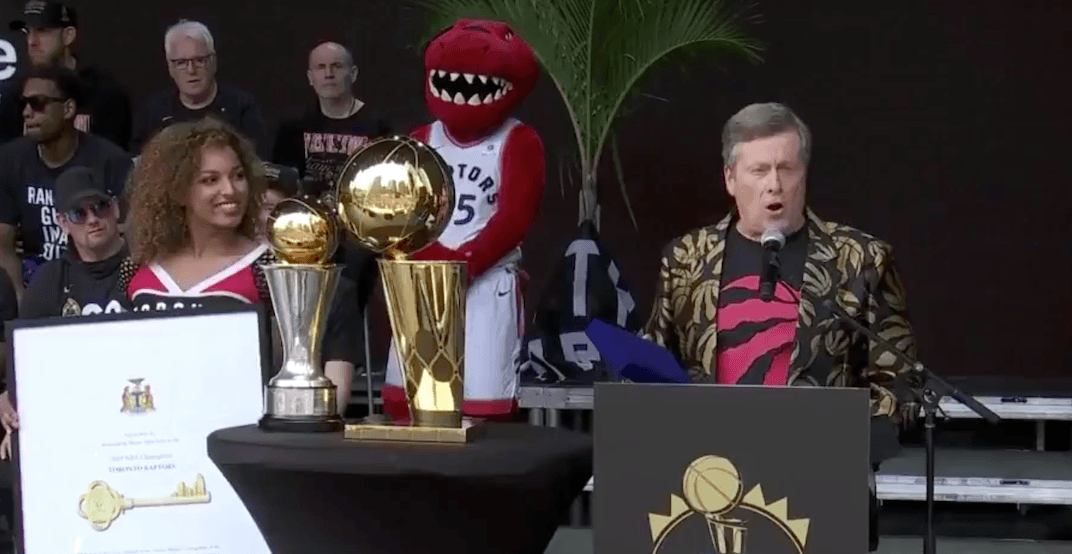 A portion of Bremner Boulevard, just outside of Jurassic Park, running from York Street to Lake Shore Boulevard, is being renamed Raptors Way, according to Tory.

Part of Bremner (just outside of Jurassic Park) is being renamed Raptors Way, the Mayor says.

According to the city, Tory will be bringing a motion to City Council this week to proceed with the street dedication.

Additionally, Tory gave MVP, Kawahi Leonard, the key to the city, to honour the entire team for their 2019 season that culminated with winning the 2019 NBA Championship.

“We are so proud of our Toronto Raptors and their championship win. Presenting the entire organization with the City’s highest honour is our way of saying thank you on behalf of all Toronto residents,” said Tory.

“This historic playoff run galvanized and united not only Toronto, but all of Canada, bringing together fans from coast to coast to coast. The victory itself and the events surrounding it will inspire Torontonians, especially young people, for years to come.”